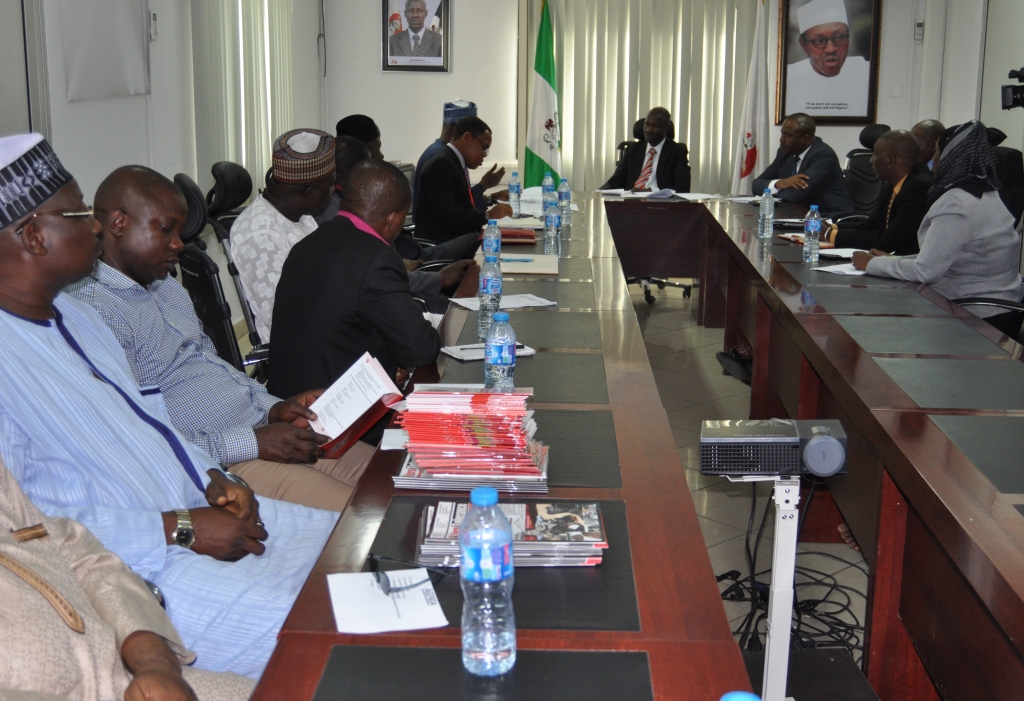 Naira strengthens amidst crackdown on BDCs

The naira strengthened against the dollar, Friday, amidst a crackdown on Bureau De Change operators, across major Nigerian cities by operatives of the State Security Service, SSS.

Security operatives have since Wednesday been raiding the offices of some currency traders, accused of illegal activities, in major cities including Lagos and Abuja, in order to salvage the declining value of the Naira.

The clampdown followed a meeting between the Central Bank of Nigeria, CBN, the SSS and leadership of the Bureau de Change (BDC) association aimed at finding solutions to the poor performance of the national currency against other international currencies, particularly the dollar, in the money market.

Following the exercise, which continued on Thursday, Naira on Friday showed signs of strengthening against the dollar in all segments of the foreign exchange market.

At the interbank market, the currency gained N1.45 to its exchange value to the dollar, closing at about N304.75, from N306.50 recorded on Thursday.

In the parallel market, the Naira gained N5, exchanging at about N455, from N460 recorded on Thursday, while the Pound Sterling and the Euro closed at N555 and N505 respectively.

The Central Bank allows licensed BDC operators to buy dollars through Travelex at about N381 per dollar, and sell to retailers or end-users at about N385 per dollar. On Friday, most black market traders were selling to their customers at between N385 and N400 to the dollar, as agreed at last weekend’s meeting, N555 to the Pound Sterling and N500 to the Euro.

The CBN guidelines stipulate that BDCs must not sell foreign exchange to end-users above two per cent margin of the buying rate.

There was a lull in trading on Friday which traders blamed on the raid by SSS operatives, which instilled fear in them to be cautious, to avoid arrest.

PREMIUM TIMES learnt that scores of illegal BDC operators arrested during the crackdown were yet to be released from detention on Friday.

To sanitize and stabilize the market, the CBN, since last year, adopted various policies, including barring importers of certain goods and services from accessing foreign exchange in the Nigerian market.

BDCs interested in funding certain imports were also limited to cash or wired transfers not exceeding $5,000.

Despite the policies, operators still circumvented them, compelling the CBN to review the policy, by halting sales of FOREX to BDCs, after accusing them of causing huge haemorrhage on the country’s scarce foreign exchange reserves.

Although the ban on sale of FOREX to BDCs has since been lifted, PREMIUM TIMES’ investigations revealed the continued declining value of the Naira against the dollar at both the official and parallel markets remained a source of serious concern to the Central Bank.

On Monday, the Central Bank warned Nigerians in the Diaspora against patronizing unlicensed money transfer operators.

But, the bank was also worried about the activities of some licensed BDCs, who it said were conniving with some commercial banks to exploit unsuspecting Nigerians.

According to the Central Bank, the illegal FOREX operators use Naira-denominated accounts opened in some local commercial banks to lure customers with ridiculous exchange rates.

The proceeds from such illegal businesses, it said, were being channelled to foreign currencies to fund the activities of the parallel market.

Wednesday’s crackdown on BDCs flouting official regulations, PREMIUM TIMES sources said, was part of efforts to fish out perpetrators of the illegality.

Warning deposit money banks (DMBs) against allowing themselves to be used to carry out such illegal transactions, the CBN threatened to wield the big stick, by blocking such accounts when discovered, and operators handed over to law enforcement agencies for prosecution.

The President of the Association of Bureau De Change Operators of Nigeria, ABCON, Aminu Gwadabe, did not answer calls to his telephone on Thursday seeking his comments over the raid on some of his members’ outlets. Mr. Gwadabe did not also respond to a text message sent to his telephone.

ANALYSIS: Performance of Buhari’s ministers after one year in office (Part 2)