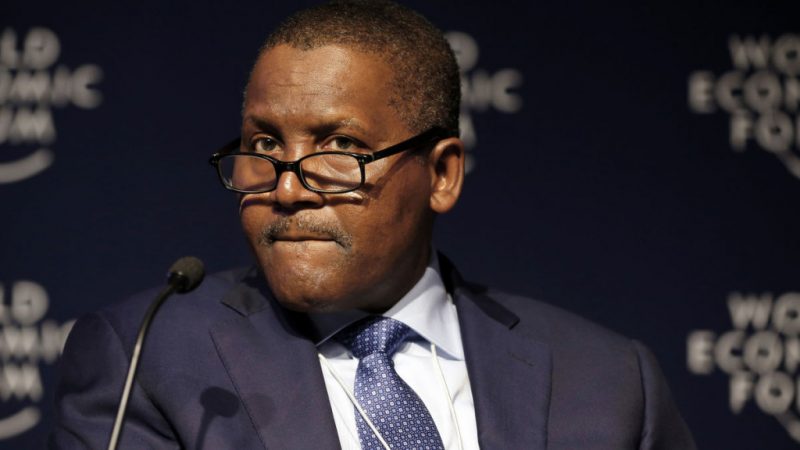 Dangote Group said on Tuesday it was planning to invest over $20 billion (N630.5 billion) and engage over 200,000 more workers in various projects to impact the Nigerian and African economy by 2020.

The Group Executive Director, Dangote Group, Mansur Ahmed, who spoke in Abuja during a media briefing listed some ongoing and new projects undertaken by the company to realise that objective.

They include a refinery, petrochemical, cement, salt, rice, sugar, tomato processing and gas plants, as well as agricultural projects to promote food security and save foreign exchange.

“The gas project will help industrial and manufacturing, energy, power and electricity supply. All these will take $20 billion of investments in different sectors to impact on several areas of our economic life, particularly employment,” he said.

“By the time we finish all the investments in refineries and petrochemical, fertilizer plants, agriculture, and others, the company should be able to increase its labour force to about 250,000 people from the current 15,000, with over $100 million saved from importation of rice, sugar, rice, tomato importation, and $6-$10 million earnings every year from exports of these items.”

Mr. Ahmed said the Group, which had about eight million metric tons (MT) of cement production capacity in 2010, has significantly grown the capacity to about 40 million tons per annum.

Apart from the bulk of the production coming from four of its plants in Nigeria, he said there were several other cement plants in various locations in other countries in Africa.

“We have grown in terms of volume and geographical space. It is our intention to continue to grow. Our expectation is that by 2020, we will grow to 75 – 80 million MT per annum, not only in Nigeria, but also all over Africa.

He noted the shift in the country’s economy in recent times, to focus on and diversify away from dependence on oil, saying there was need to open up other sectors of activities if the economy is to grow in a sustainable and inclusive basis.

The company, Mr. Ahmed said, embraced with enthusiasm government’s new policy direction and focus on agriculture and solid minerals sectors, saying that informed Dangote Groups focus on manufacturing of basic commodities like cement, salt, sugar, etc that impact directly on the lives of the people.

Apart from its sugar refinery in Lagos, reputed to be one of the largest in sub-Saharan Africa, he said there were plans to expand its four hectares integrated sugar plantation in Adamawa state into 12 hectares, to increase the supply of sugar to the economy.

Going forward, he said Dangote Group planned to significantly increase its investment in agriculture and commodities, by diversifying its integrated sugar manufacturing activities.

Such investment, he explained, would help the country save over $2 million currently being spent on a daily basis on the importation of rice.

Other investments include a new crude oil refining plant with a capacity to process 650,000 barrels of crude oil per day, capable of supplying over 150 per cent of the current demand of petroleum products in Nigeria; and a 1.3 MT per annum capacity petrochemical plant for the production of downstream items.

Also, he said the construction of a 2.8 MT per annum capacity fertilizer plant is currently ongoing in Lagos, along with a gas pipeline to convey about three billion standard cubic feet of gas from the South East offshore to Lagos, about three times the volume being distributed currently to Nigerian market.