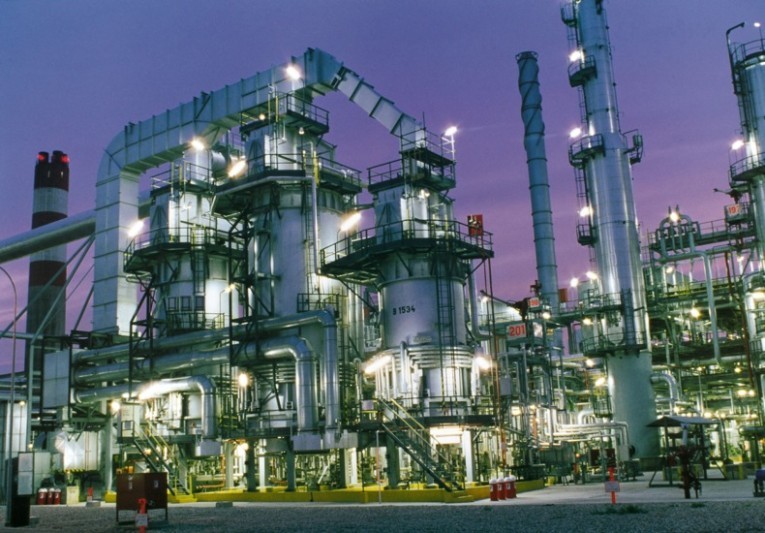 A Refinery used to illustrate the story.

Dangote refinery to begin operation in 2018

Dangote Group said its 650,000 barrels per day capacity refinery currently under construction in Lagos would come on stream by the end of 2018.

Ahmed Mansur, the group’s Executive Director, Stakeholders’ Relations/Corporate Communications, announced this during a media parley in Abuja on Tuesday.

He said this would ultimately end fuel importation.

He said the refinery’s daily production capacity would be 150 per cent of the current total demand of petroleum products in the country, saying that the excess would be exported to other countries.

Mr. Mansur said a 1.3 million metric tonnes per annum petrochemical plant was also under construction at the refinery site in Lekki area of Lagos .

In addition , he said that a fertiliser company with capacity to produce 2.8 million metric tonnes of assorted fertilisers was also being added to help the country to achieve food security.

Mr. Mansur disclosed that the company had also diversified into gas business as it had started constructing a gas pipeline from the South East to Lagos.

He said that the gas plant, when completed, would have the capacity to produce three million standard cubic metres of gas per annum.

The executive director said the project would help the country to record appreciable improvement in power and manufacturing sectors.

According to him, the company’s huge investment in the oil and gas sector will impact positively in the economy, especially in the areas of employment and preservation of foreign exchange .