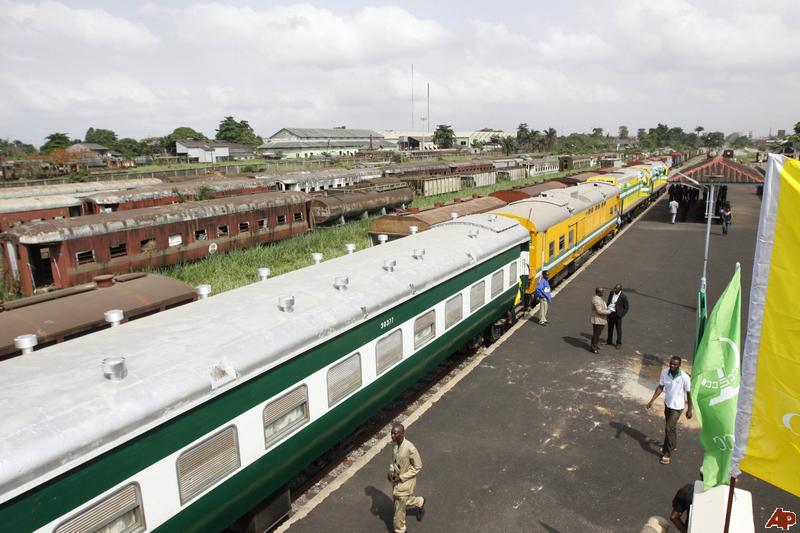 Railway used to illustrate the story.

The newswire reported that Jay Ireland, GE’s chief executive in Africa, disclosed the amount involved in the investment during an interview in London.

Mr. Ireland said the $150 million earmarked for Nigeria was part of about $2 billion GE planned to invest in Africa in the foreseeable future.

The amount marked a sharp contradiction of what Mr. Buhari told Nigerians in his Independence Day speech.

“On railways, we have provided our counterpart funding to China for the building of our standard gauge Lagos – Kano railway. Meanwhile, General Electric is investing two point two billion USD ($2.2bn) in a concession to revamp, provide rolling stock, and manage the existing lines, including the Port Harcourt-Maiduguri Line. The Lagos-Calabar railway will also be on stream soon,” Mr. Buhari said.

Over the years, GE has carried out infrastructure projects across the country.