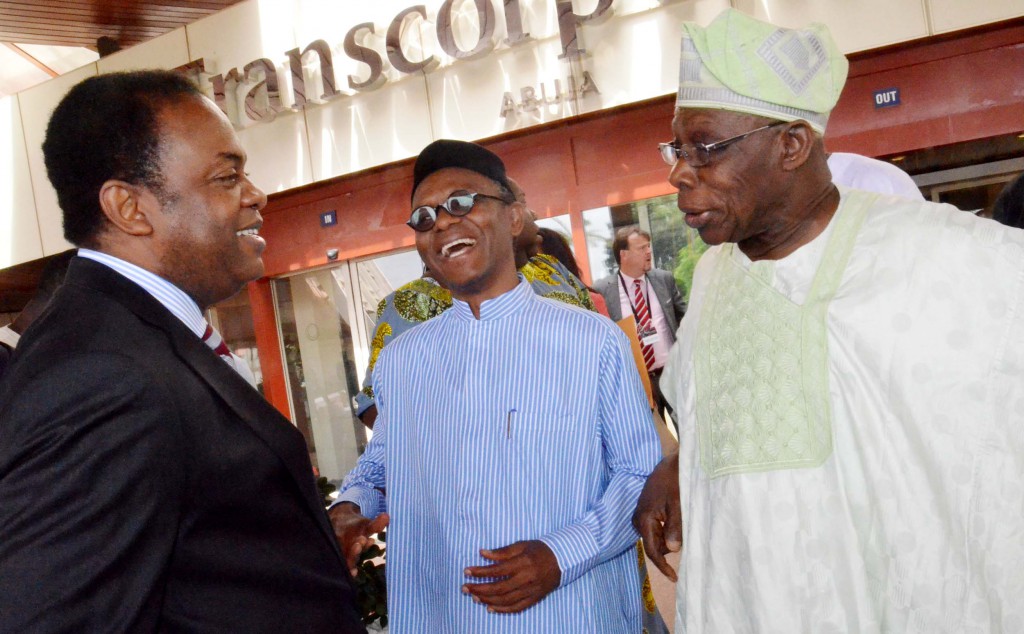 Innovation should not keep Nigerians from their money, Obasanjo tells pension managers

Former President Olusegun Obasanjo on Tuesday urged pension fund managers to ensure they balanced their drive for innovation and sustainability with security and trust in their operations at all times.

Mr. Obasanjo, who was declaring open the third World Pension Summit in Abuja, said in as much as innovative services were necessary, pension fund managers must ensure contributors enjoyed their trust, by making their monies available whenever needed.

“Innovation and sustainability introduced in the management of pension scheme is important, but they must be exercised with caution,” he said.

“When people have worked all the days of their lives when they were strong, and make contributions to the scheme for their future, we cannot afford to be too adventurous with the so-called innovation. When the people need their money, it must be made available for them.

“Innovation and sustainability must be with security, so that anytime the contributors want their money they would find. We must never reduce or eliminate trust from pension fund.”

He said the issue of pension funds must be anchored on the foundation of trust by contributors that when they require money in their old age or retirement, the money they contributed would be there.

The establishment of the pension scheme in 1999, the former president recalled, followed the problems triggered by the backlog of unpaid pensions in the civil service at the time, which led to the rampage by soldiers for not receiving their pension when they were due.

Expressing happiness with the progress the scheme has recorded, Mr. Obasanjo said apart from about 7 million people captured in both public and private service under the scheme, almost N6 trillion has been realised in pension asset.

He urged the fund managers to explore ways to capture more, particularly with the country currently in recession, and more people likely to become self-employed, to enable them save for the rainy day.

“I remember when I was in government. I asked Nigerians, especially the state governors: ’Please, let us save for the rainy day’. They said: ‘No, no, no, the rains have started coming.’ But, there was no rain then. Now the rain has surely come, then there is nothing to cushion us,” Mr. Obasanjo said.

Mr. Obasanjo urged the regulatory authorities not to dilute the laws in a bid to achieve innovation.

President Muhammadu Buhari, who was represented by the Head of Civil Service of the Federation, Winifred Oyo-Ita, noted the strategic position pension matters occupy as a component of social security and vehicle for nation building.

Within the 12 years the pension scheme has been operational, the president said the contributory system has stabilised the pension system, with the generation of N5.83 trillion pension asset as at June 30, 2016 invested in various sectors of the economy.

The Director General of PENCOM, Chinelo Anohu-Amazu, urged participants in the summit to consider ways to build an efficient capital market and financing models to enable use of pension funds to investments in infrastructure.

“How can pension fund managers in Africa mainstream environmental, social and governance principles in their investment decisions, with a view to promoting sustainable impactful investments? How do pension regulators and managers leverage technology to stimulate the impact of pension in our economic systems?” she asked.

The theme of the summit was: “Pension Innovations: The African perspective.”