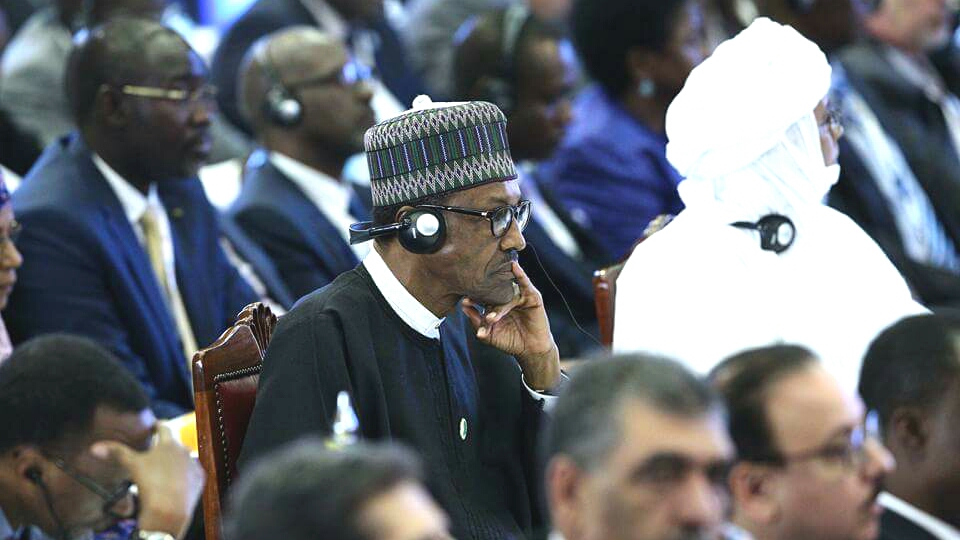 President Muhammadu Buhari on Saturday night strongly assured existing and prospective foreign investors that their investments in Nigeria will be fully secured and protected.

Speaking at a bilateral meeting with Japanese Prime Minister Shinzo Abe, on the sidelines of the sixth Tokyo International Conference on African Development (TICAD) in Nairobi, Kenya, President Buhari outlined several steps taken by his administration to secure the country and ease doing business in Nigeria.

He told the Japanese leader that with the defeat of the Boko Haram terrorists by the military, the attention of the administration is now focused on stopping the destruction of the country’s economic assets by militants in the Niger Delta region.

He said the militants must dialogue with the Federal government or be dealt with in the same way like Boko Haram.

“We are talking to some of their leaders. We will deal with them as we dealt with Boko Haram if they refuse to talk to us.

“As a government, we know our responsibility, which is to secure the environment. It is clear to us that lenders won’t fund projects in insecure environments.

“We realize that we have to secure the country before we can efficiently manage it,” the President said.

President Buhari told the Japanese Prime Minister that security in the Gulf of Guinea, which is greatly affected by piracy and armed robbery at sea, was a priority for the Nigerian government.

‘‘We have provided funds to our Navy to buy new platforms, train and effectively organize the personnel to protect the area. We are looking forward to support from developed nations for satellite surveillance covering the Gulf,’’ the President said.

Recalling his audience with G7 leaders in Germany, which was attended by the Prime Minister, President Buhari thanked Japan for responding positively to the requests by Nigeria for the rehabilitation of victims of Boko Haram and rebuilding of infrastructure in the North Eastern part of the country.

The President however said there was still more to do on education, health and other infrastructure to ensure quick and voluntary return of displaced persons to their native communities.

On the United Nations Security Council reform, President Buhari agreed to work with Japan for the reforms, stressing that the case for a permanent seat for Africa on the Council was a moral one.

He equally expressed Nigeria’s support for Japan in their bid for a UN resolution on the problems in East China and South China as well as the “uncontrolled nuclear tests by North Korea.”

‘‘The UN system is sufficient for the resolutions of all disputes and no nation should be above the United Nations.

“This has to be made absolutely clear and I assure the Prime Minister that I will meet as many leaders as possible at the forthcoming UN General Assembly concerning the issues.”

He said Nigeria and Japan must work together to improve the investment climate in view of the many Japanese companies wishing to invest in Nigeria.

He reaffirmed Japan’s commitment to rapid development in Nigeria through quality delivery of ongoing projects in the country, including Jebba hydro power scheme and the Lagos railway project.