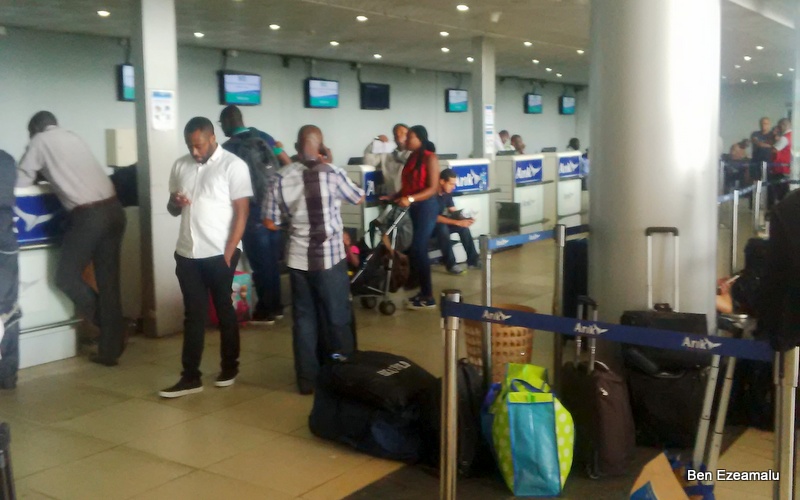 Passengers stranded at the Airport

Scores of Arik Air passengers continued to wait for hours at the departures lounge of ‎the Lagos airport, Monday, with the airline failing to issue a reason for the delays.

A passenger on a 7 a.m. Lagos-Port Harcourt flight said no official of the airline told them the reason for the delays after four hours.

“There is no Arik official who had come out to tell us ‘this is the reason’ for the delay. All we are hearing is that their pilots have gone on strike,” said the passenger who preferred not to be named.

Just like the Port Harcourt route, other scheduled morning flights to Abuja, Warri, Kaduna, Jos, and other local routes have also been delayed.

An Arik Air staff at the check-in desk at the airport declined to state the reason for the delays.

More than two hours later, the desks are still closed, with a growing speculation among the distressed passengers that the airline’s pilots had embarked on strike.

‎”They are on strike for the non-payment of their July to August salaries,” a passenger explained to people clustered around him.

But the airline’s management debunked the claims of non-payment of pilots’ salaries, insisting that the flight delays were due to “operational logistics.”

“We are unaware of any strike by our pilots,” Banji Ola, Arik Air’s spokesperson, told PREMIUM TIMES when contacted.

CAF and soccer development in Africa, by Chidi John