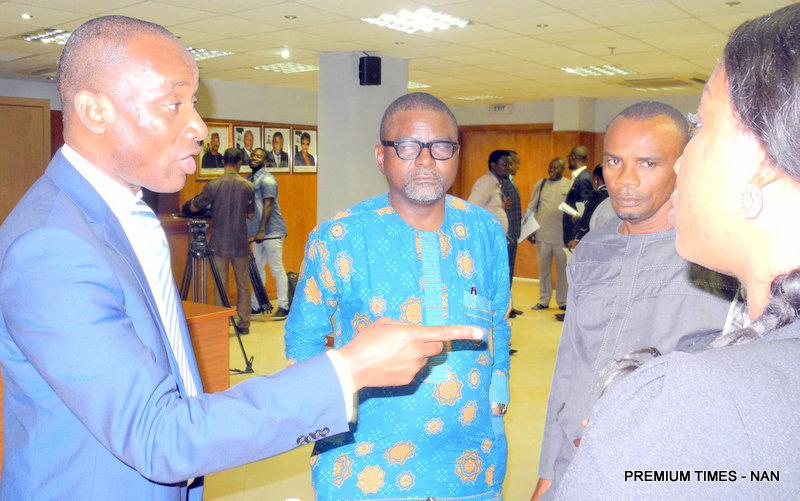 The Nigerian Electricity Regulatory Commission on Monday said it was not considering abolishing the N750 fixed monthly charge charged consumers by electricity distribution companies (DISCOs) in the country.

Chairman of NERC, Sam Amadi, said in Abuja that abolishing the charge as directed by the Senate last week was capable of negatively impacting the system and destabilizing electricity supply to consumers.

“Abolishing Fixed Charge may impact negatively on the generators who have invested a lot and are continuously making investments in an effort to provide more stable electricity to Nigerians,” Mr. Amadi said in a response to the Senate.

The Senate had, Tuesday, directed NERC to remove the fixed charge following allegations of conspiracy by the DISCOs to rip-off unsuspecting customers, despite nationwide epileptic supply of electricity to homes and businesses.

The Senate had also directed the DISCOs to discontinue the practice of making consumers to pay for electricity meters, poles and transformers in addition to their payment of monthly tariffs.

Although Mr. Amadi said no official communication was received from the lawmakers on the resolutions, he said the Commission was obliged to send a response based on the records of proceedings obtained for that day.

The issues raised by the lawmakers included management of complaints by electricity consumers; abolition of fixed charge; bulk metering of customers; customer sensitization; payment for meters and other capital items; regulations for investments in electricity networks and submission of quarterly reports.

Arguing that Fixed Charge paid by consumers in the Nigerian electricity market was neither illegal nor fraudulent, the NERC boss said the purpose of the charge was to enable the various operators in the industry recover the capital and fixed cost of the investment.

He said NERC’s role under Section 32 of the Electric Power Sector Reform (EPSR) Act 2005 was to approve a tariff structure that would allow investors recover their prudent costs, with reasonable returns on the assets invested in the business.

“The operators invest in assets on a regular basis and recover their investment through the Fixed Charge paid by the consumers,” he explained. “Once an asset is bought (by the operator) and a consumer is connected to the network, the utilities are, by law, expected to recover the cost of that investment, whether energy is supplied or not.”

The Chairman identified fixed (capacity) and energy charges as the two ways operators use to collect tariffs to cover their costs.

While capacity payments cover capital cost, fixed operations and maintenance cost as well as two-thirds of tax cost, about 75 percent of the cost is recovered through the Fixed Charge by consumers.

To check the negative impact of Fixed Charge on industry operations, Mr. Amadi said the Commission had intervened by holding several public consultations recently, which culminated in the DISCOs agreeing to restructure the Fixed Charge to ensure that only customers who receive electricity were made to pay.

The re-modelling of the Fixed Charge, the Chairman explained, would be captured as part of the ongoing tariff review process currently being carried out by the DISCOs.

On bulk metering to residential customers, the NERC boss agreed with the Senate on the need to eliminate the practice and to ensure individual metering and billing, as every customer is expected to be metered individually according to the status of supply in the area.

“Communities placed on bulk billing should reject it and insist on individual metering,” the NERC Chairman said, adding that the Commission was in the process of completing public consultation on the proposed capping of the amount an unmetered customer could pay until he was metered.

He said the proposal would commit DISCOs to compliance with strict deadlines for metering of all it customers, warning that connection of new customers without meters by the DISCOs remain abolished till further notice.