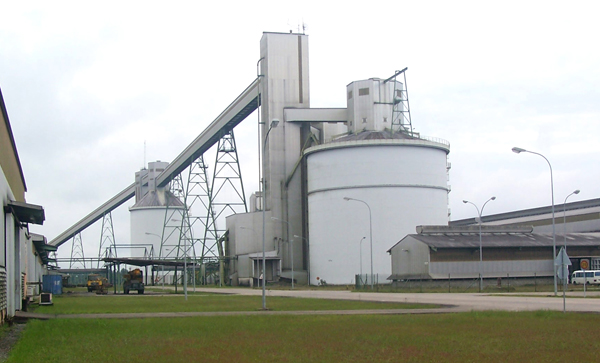 The House of Representatives on Tuesday mandated its Committee on Privatization and Commercialization to immediately investigate why the Bureau of Public Enterprises and the National Council on Privatization have refused to enforce the July 6, 2012 ruling of the Supreme Court on the controversial sale of the Aluminium Smelter Company of Nigeria.

The directive followed a motion by Francis Uduyok urging the House to call the NCP to urgently revitalize ALSCON by directing the BPE to immediately implement the Supreme Court judgment on the sale of the company.

Mr. Uduyok, who identified ALSCON, established in 1997, as one of the largest aluminium plants in Africa, with great economic potentials for Nigeria, said its privatization by BPE in 2004 had ended in a long-drawn litigation over its ownership.

The litigation, he said, ended on July 6, 2012 with a unanimous ruling of the Supreme Court in favour of BFIGroup, the company declared by the NCP as the preferred bidder and winner of the bid for the plant in 2004.

According to the lawmaker, the Supreme Court, in the ruling, ordered the BPE to prepare and hand over ALSCON to BFIGroup as the rightful owners, while the United Company Russian Aluminium transferred the ownership of the company by BPE in controversial circumstances, should be sacked forthwith.

The lawmaker said he had observed with concern that despite the order, the BPE and the NCP have refused to comply without any valid reason, pointing out that the company has consequently been abandoned and allowed to waste with weeds overgrowing its entire premises.

“The refusal to hand over ALSCON to BFIGroup as directed through a valid and subsisting judgment had denied BFIGroup the opportunity to commence production from the plant, leading to multi-billion Naira losses in revenue to the country, particularly loss of jobs to thousands of youths in Akwa Ibom who wallow in economic hardship,” he said.

Consequently the House, in its resolution, asked the Committee to undertake the investigation and report back with its findings within two weeks.

In October 2013, at the height of allegations of massive asset stripping against RUSAL, the lawmaker had equally sponsored a similar motion before the Akwa Ibom State House of Assembly to demand immediate intervention by both the state and Federal Governments to save the company from destruction.

Although the Assembly, in its resolution, asked the then governor of the State, Godwill Akpabio, to act to halt the vandalisation of the company, and BPE to recover the plant from RUSAL to secure its assets, no action was taken.

Following the controversial cancellation by BPE of the 2004 bid won by BFIGroup, the House of Representatives had also ordered an investigation into the crisis, at the end of which it declared the decision to hand over the plant by the privatization agency to RUSAL as illegal.

ALSCON was one of the companies privatized by the Federal Government in 2004.

Following the bid for the plant on June 2004, BFIGroup, a consortium of Nigerian-American investors, led by Reuben Jaja, was declared winner by NCP after emerging the preferred bidder with an offer of $410 million.

The company emerged at the expense of UC RUSAL, which was disqualified during the bid for violating the bid regulations and guidelines.

However, BFIgroup was later disqualified by BPE in controversial circumstances, while ALSCON was handed over to the Russians under questionable terms, an arrangement that resulted in a court action by BFIGroup to assert its right.

After almost 10 years of legal battle, the Supreme Court had ruled on July 6, 2012, to restore BFIGroup as the rightful owners of the plant, an order that BPE and NCP have continued to resist with impunity.