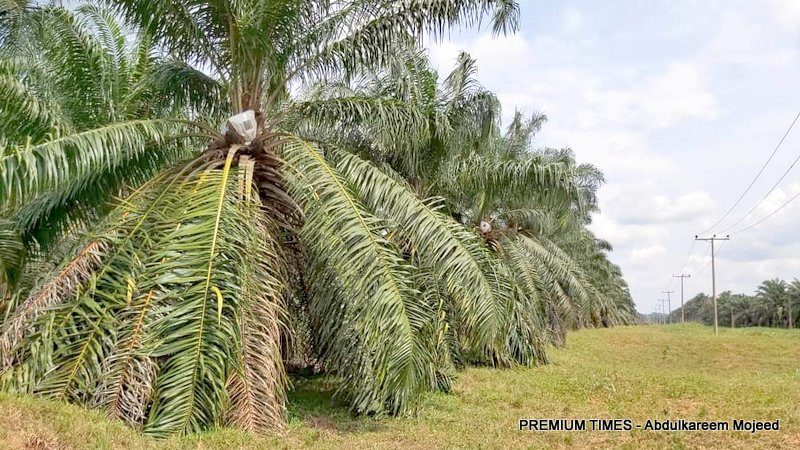 Nigeria's demand for palm oil is about three million metric tonnes, but the country only produces about 1.02 metric tonnes.

Nigeria is spending about $500 million annually on oil palm importation in order to complement existing gaps in the sector, Benard Okata, deputy director, department of agriculture in the Federal Ministry of Agriculture and Rural Development has said.

Mr Okata made this remark at the national workshop on oil palm organised by Solidaridad, an international non governmental organisation in Abuja on Thursday.

He said that Nigeria’s current local requirement for palm oil generally is about three million metric tonnes, but that it is producing only about 1.02 metric tonnes of oil palm.

“So, there is a gap,” he said. We import to make up for this gap, and Nigeria is spending about $500m annually for this importation up till now,”

Godwin Emefiele, the governor, Central Bank of Nigeria was reported to have made a similar claim last year.

Mr Emefiele said it was a sad fact that the country was still importing palm oil in spite of the sufficient arable land in the South-South and South-East regions of the country to produce it.

Meanwhile, PREMIUM TIMES had reported how Nigeria’s neglect of oil palm pushed it down the global pecking order.

However, in the past decades, the country has become an importer of palm oil due to the negligence of the sector. Today, Nigeria produces only less than two percent of global output.

Mr Okata explained that it has been challenging for Nigeria to meet up the volume of oil and fat needed to complement its growing population.

Billy Ghansah, the agriculture coordinator, Okomu Oil Palm Company, had said that for Nigeria to fill the existing gaps in its palm oil production, there is a need to plant about 100,000 hectares of oil palm.

He said the basic cultivation strategy of oil palm was developed in Africa, but Nigeria didn’t take advantage of it, and the Asians took over, such that many think that they came to pick the seeds from here.

“They didn’t,” he added. He explained that rather they (Asians) made use of what they had and improved it.

“So the significance of this partnership is to ensure that the foreign exchange is channelled to the development of other activities if we can expand our oil palm production to satisfy our local industries.” He said.

Also, a Senior Climate Specialist for Africa at Solidaridad, who doubles as Country Technical Lead, Nigeria, Sam Ogala, affirms that Nigeria was not meeting its domestic demand for oil palm.

“This country is spending around $500m annually to import oil palm. That shows you the huge gap, and it’s because we are not meeting local demand,” he said.

“In the early 1960s before the oil boom, Nigeria was exporting oil palm, but after that oil boom, we started importing, and all forms of oil palm are finding their way to the Nigerian market,” he added

House of Reps summons IGP, others over missing police officers