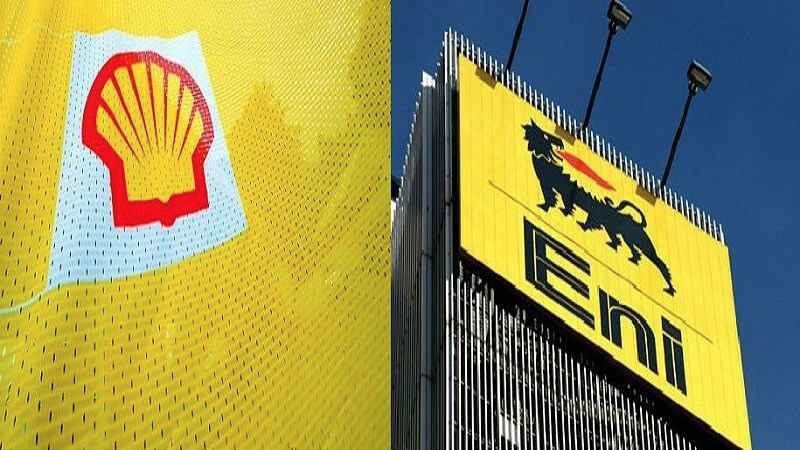 Reuters reports that the prosecutors proposed eight years in prison for both Claudio Descalzi, former chief executive of Eni and Paolo Scaroni, his predecessor.

The prosecutors also prayed the court to issue a fine of 900,000 euros ($1.04 million) each against Eni and Shell and to confiscate a total of $1.092 billion from all the defendants in the case, the equivalent of the bribes alleged to have been paid.

PREMIUM TIMES earlier reported how Sergio Spadaro, the Public Prosecutor of Milan, told a Milan court that the major parties mentioned in the controversial Malabu scandal were involved in sundry corrupt activities, adding that major Nigerian officials named in the controversial deal all had long-standing relationships.

“OPL 245 is an old story, but we focused on a period from autumn 2009 – when Shell and Malabu were still discussing a possible settlement,” said Mr Spadaro. “Then late 2009, ENI steps in with Emeka Obi joining the negotiation. Two offers filed. Goodluck Jonathan becomes (sic) president in May 2010.”

Explaining further, the prosecutor alleged that Mr Jonathan, a former Nigerian president; Dan Etete, who allocated OPL 245 to Malabu Oil and Gas even when he had stake as Nigeria’s minister of petroleum; Diezani Alison-Madueke, minister of petroleum when the oil block was sold to Shell and Eni by Malabu in 2011; Mohammed Adoke, Nigeria’s attorney-general at the time; and other parties all had long-standing relationships.

For instance, he explained that Mr Adoke was once a lawyer to Mr Etete before he was appointed by Mr Jonathan in 2010. It was also reiterated that Ednan Agaev, another witness and former Russian diplomat, had claimed that Mr Etete told him that Mr Jonathan was a teacher to his (Etete’s) sons. Similarly, Aliyu Abubakar, the middleman at the centre of the agreements, was said to have a long-time relationship that was not “occasional” with Mr Jonathan.

The Malabu scandal involves the transfer of about $1.1 billion by oil multinationals, Shell and ENI, through the Nigerian government to accounts controlled by a former Nigerian oil minister, Dan Etete.

From accounts controlled by Mr Etete, about half the money ($520 million) went to the accounts of companies jointly controlled by Abubakar Aliyu, popularly known in Nigeria as the owner of AA oil, and Mr Etete.

Anti-corruption investigators and activists suspect Mr Aliyu fronted for top officials of the Goodluck Jonathan administration as well as officials of Shell and ENI.

The transaction was authorised in 2011 by Mr Jonathan through some of his cabinet ministers, and the money was payment for OPL 245, one of Nigeria’s richest oil blocks.

Shell later admitted it did know the money would go to Mr Etete.

PREMIUM TIMES reported how Mr Etete acquired luxury properties in Dubai with funds believed to have been sourced from the controversial deal. In April, the EFCC was urged to seize a private jet bought by Mr Etete from money he allegedly made from the Malabu deal.

On June 6, this newspaper also reported how Nigeria tracked down and grounded the luxury private jet purchased by Mr Etete, with some of the alleged proceeds of the notorious $1.3 billion Malabu OPL245 oil deal. Asset recovery lawyers acting for the Nigerian government swooped after the Bombardier 6000 jet, tail number M-MYNA, touched down at Montréal-Trudeau International Airport in Canada on May 29.

But on closing their arguments on Tuesday, the prosecutors sought to jail parties involved in the deal.

In its reaction Wednesday, Eni said the Public Prosecutor’s requests for conviction of the Company, its former and current CEOs and the managers involved in the Opl245 proceeding is “completely groundless”.

“During its indictment, in the absence of any evidence or tangible reference to the contents of the trial investigation, the Public Prosecutor has told a story based on suggestions and deductions as already developed during the investigation. This narrative ignores both the witnesses and the files presented within the two years long and more than 40 hearings proceeding, that have decisively denied the prosecutorial hypothesis,” the oil giant said.

“Defence lawyers are going to show to the Court that both Eni and its management’s conducts were correct in the Opl245 transaction.

“Eni and Shell paid a reasonable price for the license directly to the Nigerian Government, as contractually agreed and through transparent and linear means. Furthermore, Eni neither knew nor should have been aware of the possible destination of the money subsequently paid by the Nigerian government to Malabu. Moreover, the payment was made after an inquiry carried on by the UK’s Serious Organised Crime Agency (SOCA).

“So, there can, therefore, be no bribes from Eni in Nigeria, no existence of an Eni scandal. Eni recalls the decision of the Department of Justice and the US SEC, which decided to close its own investigations without taking any action against the company. The multiple internal investigations entrusted to international third parties by the company’s supervisory bodies have long since highlighted the absence of unlawful conduct.

“Eni trusts that the truth can finally be re-established following the defensive arguments that will be presented at the end of September, pending the Milan Court’s forthcoming verdict.”

Over the years, Shell and Eni have argued that their dealings with Malabu Oil and Gas were approved by the federal government.

The court has fixed September 9 for the next hearing.