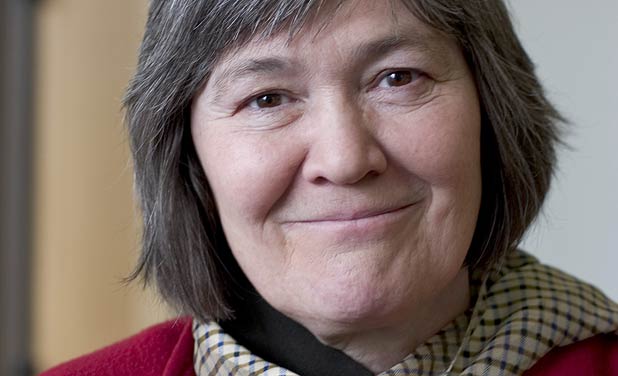 The International Chair of the Extractive Industries Transparency Initiative, EITI, Clare Short, is scheduled for a three-day working visit to Nigeria from Monday June 15.

The EITI is a world body committed to enthroning transparency, accountability and prudent management of revenues from oil, gas and mining industries to support even development and reduce poverty in resource-rich countries like Nigeria.

The International Chair is at the head of a delegation of a special implementation committee set up by EITI, drawn from 50 member-countries whose economies are dependent on the extractive natural resources.

During the visit, Mrs. Short would meet President Muhammadu Buhari, to hold consultations on issues bordering on the lack of implementation of the various independent audit reports submitted by the Nigeria Extractive Industries Transparency Initiative, NEITI, on the country’s oil and gas industry as well as the proposed reforms in the oil, gas and mining sectors.

The NEITI, which is Nigeria’s agency responsible for promoting transparency and accountability in the country’s extractive industries, has conducted at least three audits of the operations of the oil and gas industry between 1999 and 2011.

Each of the reports made startling revelations of monumental corruption and abuse of the revenues realized from the oil and gas industry, particularly by the Nigerian National Petroleum Corporation, NNPC, which has consistently refused to remit to the Federation Account billions of dollars from its operations.

The NEITI Chairman, Led um Miter, while presenting the Fiscal Allocation and Statutory Disbursement Audit report in 2014, revealed that Nigeria earned about N30.09 trillion as total revenue from oil and non-oil sources between 2007 and 2011.

Mr. Miter had highlighted the findings in the NEITI reports, which showed several cases of mismanagement, underpayment of taxes, royalties, under-assessment and other lapses resulting in billions of dollars in revenue loss to the Federation.

However, most of the findings and recommendations, particularly those that indicted the NNPC and its subsidiaries , have not been implemented by successive governments.

The non-implementation of the recommendations have been blamed on lack of strong political will by governments, resulting in massive losses of oil revenues by the Nigerian government, even at the period of high crude oil prices at the international oil market, with its attendant negative impact on the growth of industry capacity.

The visit of the International EITI Chair to Nigeria is expected to provide the opportunity for her to brief the President on the importance of integrating the EITI principles in his administration’s economic policy agenda as obtainable in most resource-rich developed countries.

“The visit of Clare Short to Nigeria is seen in the development sector as a global endorsement of President Muhammadu Buhari’s commitment to good governance, transparency and accountability, which are consistent with EITI principles,” NEITI said in a statement by its Director for Communications, Ogbonnaya Orji.

Mr. Orji recalled that President Buhari had listed the implementation of the findings and recommendations of NEITI Audit Reports as a priority within his administration’s one hundred days in office.

While in Nigeria the EITI International Chair is also expected to visit the NEITI Secretariat, where she would observe a meeting of the Inter-Ministerial Task Team (IMTT) set up by the Federal Government to implement the findings and recommendations contained in the NEITI Audit Reports.

Nigeria, which joined the EITI in 2003, was the first among the 50 member countries of EITI to support the implementation of the principle with the establishment of NEITI in 2004, followed by the NEITI Act in 2007.

In 2014, Nigeria commenced the process towards the full implementation of the new global standards set by the EITI, which emphasize public disclosures, require owners of oil and mining licenses to make available information and data on their operations through NEITI audit reports.

The standards also involve disclosures of oil production figures, revenue sharing arrangement between tiers of governments as well as process of awards of contracts in the oil, gas and mining industry.

The revised standards, which equally encourage contract transparency in companies and government, also focus on expenditures incurred by the oil and gas companies on the provision of social services, public infrastructure and fuel subsidy payments.

Other member countries of the EITI include France, Germany, Australia, United Kingdom, Norway, Indonesia, Azerbaijan, Peru, Ghana Democratic Republic of Congo, Tanzania, Liberia and many other countries in Sub-Saharan Africa.