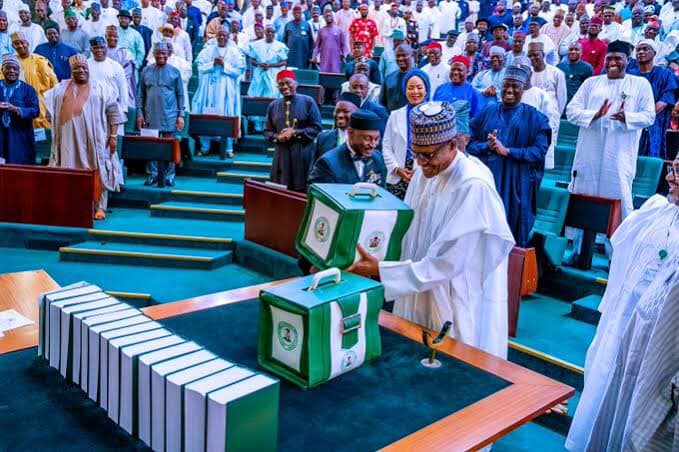 The budgetary proposals for the State House have gone up by over 140 per cent since Mr Buhari assumed office in 2015.

Despite Nigeria’s shrinking revenue and lean savings, President Muhammadu Buhari has proposed the highest spending plan for the State House in the last six years, details of the proposed 2022 budget have shown.

The budgetary proposals for the State House have gone up by over 140 per cent since Mr Buhari assumed office in 2015, a PREMIUM TIMES’ analysis has shown.

According to details of the 2022 budget proposal, the government proposes to spend N40.2 billion on the State House. The 2022 allocation covers the State House headquarters, the president’s office and the office of Vice President Yemi Osinbajo.

It also covers the budgets of the State House medical centre, the offices of the chief of staff and chief security officer and the Lagos liaison office.

The new figure is 142.7 per cent higher than the N16.56 billion appropriation in the 2016 budget, Mr Buhari’s first full budgetary year.

In 2021, Mr Buhari approved N17.3 billion to run the State House, Nigeria’s seat of power, an increase from the N14.6 billion the administrative centre had in 2020. 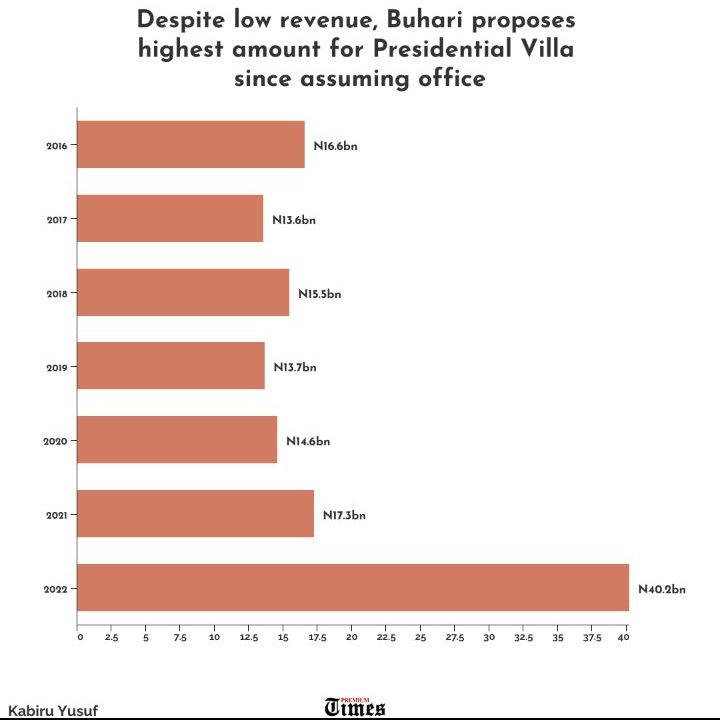 A PREMIUM TIMES analysis of the budgetary details revealed that the seat of power and its medical centre could spend about N12.3 billion and N687.4 million on their activities respectively.

Allocation for the operations of the president’s office is billed to gulp N24.8 billion, an increase of over 550 per cent when compared to the N3.8 billion Mr Buhari approved for his office in 2021.

About 88 per cent of the proposal will be spent on the “construction of a presidential wig at the State House Medical Centre,” a recurrent budgetary line in past years. It is unclear if no money was ever released for the project. The president’s office did not respond to calls seeking official comments.

Likewise, the Lagos Liaison Office could get N301 million, if approved by the federal lawmakers. 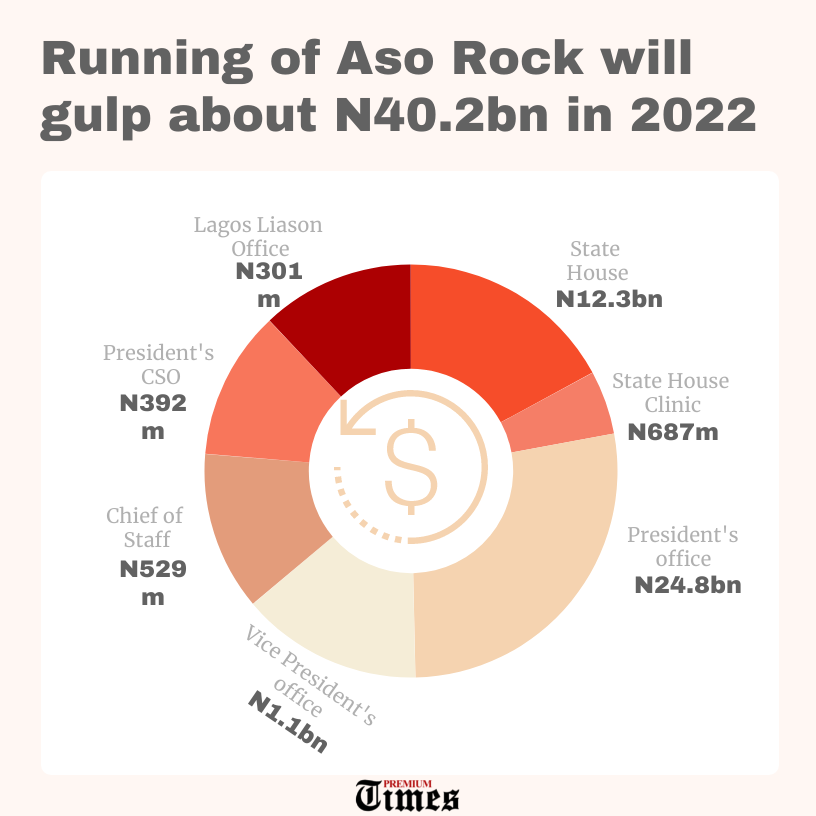 Other offices under the Presidency

Apart from the State House, there are other offices under the presidency.

Details of the 2022 budgetary proposals showed that two of Nigeria’s anti-graft agencies, EFCC and the NFIU, were prepped to spend N31.3 billion and N5.4 billion on their activities respectively.

The Nigeria Extractive Industries Transparency Initiative (NEITI) would gulp N2.05 billion; N1.9 billion was allocated to NIPSS, Kuru; Nigeria Atomic Energy Commission & Its Centres would get N2.7 billion, while the Chief Economic Adviser to the president would get N46.8 million.

The allocation to the National Agricultural Land Development Authority (NALDA) was N8.9 billion.

The National Agency for Science and Engineering Infrastructure would gulp N54 billion, all of which will be spent on personnel.

Recently, Mr Buhari proposed a record N16.39 trillion naira ($39.8 billion) budget to federal lawmakers, with a crude oil benchmark price of $57 per barrel and a daily oil production estimate of 1.88 million barrels (inclusive of condensates of 300,000 to 400,000 barrels per day).

The deficit will rise to N5.01 trillion, or 3.39 per cent of GDP to be funded by new borrowing, proceeds from privatisations and drawdowns on loans secured for specific projects, the president told a joint sitting of the Senate and the House of Representatives.

The exchange rate is projected at N410.15 per dollar and projected GDP growth rate of 4.2 per cent with a 13 per cent inflation rate, he added.

He said the total federally distributable revenue is estimated at N12.72 trillion in 2022 while the total revenue available to fund the 2022 budget is estimated at N10.13 trillion. This includes Grants and Aid of N63.38 billion, as well as the revenues of 63 Government-Owned Enterprises (GOEs).

Statutory transfers, the category to which the National Assembly falls, have been put at N768.28 billion while pension, gratuities & retirees benefits were put at N577 billion and overhead cost at N792.39 billion.

The future of work is here: How will Nigerian organisations adapt?