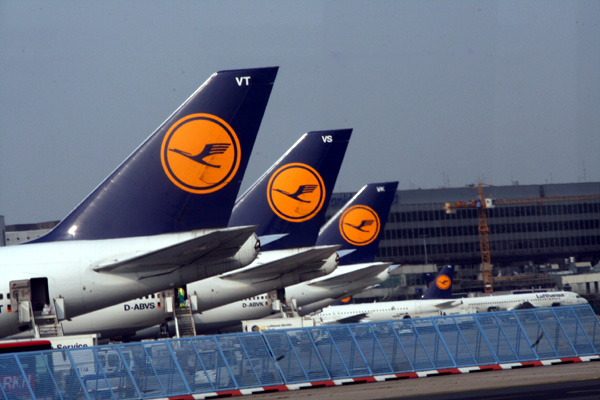 Lufthansa passengers faced travel challenges on Tuesday after the airline cancelled more than 300 flights following a strike by cabin crew.

While flight attendants employed by the airline returned to work in Frankfurt and Berlin, Lufthansa passengers in Munich faced long delays with the industrial action set to continue until midnight.

As big queues formed at Lufthansa counters at airports in Germany and around the world, tensions increased between the airline and the Ufo union representing cabin crew.

Ufo leader, Nicoley Baublies, criticised Lufthansa for its “arrogant attitude,” saying the airline had refused to budge in its stance over the workers’ demands.

The union indicated it would stage an all-out strike with all union members walking off the job if there were no progress after Tuesday, but added that Wednesday would remain a strike-free day to give Lufthansa time to reconsider.

Lufthansa passengers were warned to expect flight cancellations and delays on Tuesday as a result of what is the cabin crew’s second strike in less than a week over a five-per-cent pay claim and job protection.

In all, about half of the airline’s short- and medium-haul operations, and every third long-haul flight, scheduled during the work stoppages were cancelled, a spokesman said. This includes Lufthansa services to London, Madrid and Zurich.

“Naturally, this affects us greatly because it is the heart of our flight operations,” airline spokesman Michael Lamberty said.

It could take a couple of days for the airline to clean up the backlog resulting from the strike. Lufthansa expects to cancel another seven flights on Wednesday.

Tuesday’s action broadened the eight-hour strike Ufo had called on Friday in Frankfurt which saw hundreds of flights cancelled and thousands of passengers stranded, costing the airline several million Euros.

Ufo waited until Monday morning to announce the Berlin stoppage. About an hour later it announced that Frankfurt would also be affected.

The strategy of secrecy is designed to thwart Lufthansa’s attempts to fly its planes with non-strikers and crew borrowed from other airlines.

“We have absolutely no understanding for such antics, which in the end must be borne by our passengers,” Mr. Lamberty said.

Ufo said it saw no alternative in its labour negotiations with management.

“We very much regret that our passengers must suffer from our actions,” Ufo spokesman, Alexander Behrens, said. “But in our situation, it’s the only possibility that we have.”

Ufo says more than half of Lufthansa’s 19,400 flight attendants are union members.

Lufthansa and the union have been holding talks for 13 months. Flight attendants want a 5-per-cent pay rise and protection against the outsourcing of cabin jobs to contractors who pay lower wages.

Management asked the union Friday to restart negotiations, based on its offer of a 3.5-per-cent raise and the scrapping of outsourcing and layoff plans, but Lufthansa is sticking to plans to establish a new low-cost airline subsidiary.