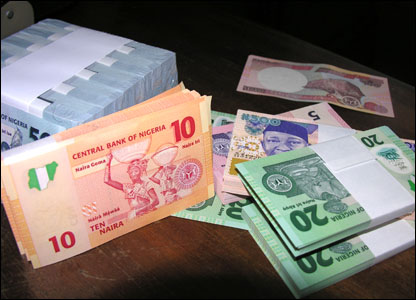 Majority of Nigerians who participated in a ten-day long poll believe the introduction of the new N5000 notes by the Central Bank of Nigeria is “unnecessary.”

In the PREMIUM TIMES poll initiated after the CBN governor, Sanusi Lamido, announced the bank’s plan, voters were asked if they think the CBN was right to introduce the N5000 note into the economy.

The result of the poll showed that more than four in every five Nigerians (84%) believe the move by the CBN is absolutely unnecessary.

Another six per cent thought the move, though necessary, is not needed at the moment.

Only one in every 25 persons polled (6%) believed the introduction is necessary. Four per cent of the voters are indifferent about the policy.

The sentiments expressed by the online voting community resonated with the views so far expressed by both professionals and politicians across the country.

Since announcing the move to restructure the Nigerian currency, the Central Bank has come under heavy criticism from the public, with  economists arguing that the move might add nothing to the economy.

“While it would not necessarily have any effect on the cashless policy, I don’t foresee any serious advantage to the economy as a whole,” said Jamilah Yaqub, a senior economics lecturer at the Lagos State University.

The Association of Senior Staff of Banks, Insurance and Financial Institutions (ASSBIFI) also opposed the plan, saying  the exercise might result in the devaluation of the country’s currency.

The Central Bank’s move has also been opposed by both the ruling People’s Democratic Party-led National Assembly and opposition politicians.

The CBN governor, however, said the move would strengthen Nigeria’s economy and insists on rolling out the policy early 2013.

Borno Head of Service dies at 59