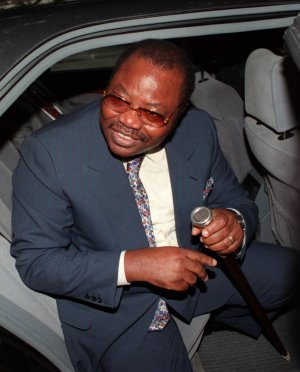 Malabu Oil and Gas, the company into whose account the Federal Government paid N120billion ($801million) out of the intended N155bn($1.1bn), is a fraudulent company whose owners had been involved in several illegal manipulations of records at the Corporate Affairs Commission (CAC), an ongoing PREMIUM TIMES investigations have revealed.

Investigations also revealed that in other to appease the interests of top public officials – including former and serving Presidents, a Vice President, and Ministers in successive governments who orchestrated various schemes to own a share of OPL 245, considered one of the juicest oil blocks in Nigeria – the proprietors of Malabu manipulated company records, and created fictional board meetings to achieve their aims.

Several documents used at various periods of the transactions and available exclusively to PREMIUM TIMES, as well as sources involved in the transactions, show desperation by influential public officials to control OPL 245.

The oil block which is estimated to contain nine billion barrels of crude oil and large gas reserves is at present owned by Shell/ and ENI after both paid $1.1bn (N155bn) to Malabu oil and gas limited through the Federal Government.

This newspaper had reported how Malabu, whose principal, a former minister of Petroleum, Dan Etete (who has been convicted for money laundering in France), illegally obtained OPL 245; and how two multinational oil firms, Shell and ENI, paid $1.1bn through the Nigerian Government to Malabu in a secret and dubious transaction. Malabu has subsequently transferred the money to phony companies with dubious addresses believed to be fronts for government officials.

When Malabu was registered at the Corporate Affairs Commission on April 20, 1998, there were four directors on the board, with three of them as shareholders. The shareholders were Ahmed Muhammed Sani, a disguised name for Mohammed Abacha, son of late Head of State, Sani Abacha, (10million shares); Kweku Amafegha (the fictional character created by Mr. Etete) with 6 million shares; and Wabi Hassan (wife of Hassan Adamu, former Nigerian ambassador to the US) with 4million shares while a Mohammed Aliyu Jabu, whose identity could not be ascertained, served as non-shareholding director.

Sources knowledgeable with the company’s history told Mr. Hassan was instrumental to the naming of Malabu. Mr. Hassan, then Nigerian Ambassador to the US, and close ally of late Abacha, is a revered chief in Adamawa where he holds the title of Wakili Adamawa. Malabu is the name of a town in Adamawa State.

Nine days after it was registered, Malabu was awarded two oil blocks; OPL 245 and OPL 214, by Mr. Etete, who was then the minister of petroleum.

Two months after Malabu got the block, the unexpected happened. Sani Abacha, Nigeria’s dictator and Mohammed’s father died on June 8, 1998. Though sudden, the former’s death created an opportunity for Mr. Etete, as he figured the younger Abacha could be schemed out of the mouth-watering deal.

“Etete saw Abacha’s death as an opportunity to scheme out his son. He was very smart at scheming out people,” a source, very familiar with the deal said in describing the former Minister, a description which reflected repeatedly in Mr. Etete’s actions.

Abacha’s death had put his family in pandemonium. There was confusion around the country on who would succeed the dictator among the high ranking military chiefs, with Abdusalami Abubakar eventually emerging. Millions of Nigerians and pro-democracy groups were clamouring for the immediate swearing-in of Moshood Abiola, the winner of the annulled June 12, 1993 election who was then in detention.

The Abacha’s were clearly losing out of the power game as their preferred choice for head of state and most senior military officer, Jeremiah Useni, was snubbed for Mr. Abubakar. Seeing that the Abacha’s were out in the Nigerian power game, Mr. Etete decided it was time to scheme out Mohammed from Malabu.

In July 1998, the CAC received a letter from Rasky Gbinigie, the lawyer appointed as company secretary by Mr. Etete, announcing that Malabu held a meeting of its Board of Directors on June 2, and that Mr. Mohammed apart from agreeing to a 60 per cent reduction of his shares in Malabu also agreed to resign as a director of the company. The new majority shareholder was to be Mr. Amafegha.

Multiple sources knowledgeable about the transaction say such a board meeting never held and was just a scheme by Mr. Etete. Mohammed also confirmed that the meeting never held in a petition his counsel, Aliyu Umar, wrote to the EFCC on January 20, 2012.

Seven months after Mohammed Abacha was partially schemed out of the deal, Mr. Etete delivered the killer punch. Nigerians were preparing for elections and the Abacha family was in total disarray. Everybody wanted them dealt with. It was time for Mr. Etete to finally remove the Abacha’s from the picture. Also, since Nigeria was moving towards democracy and possible transparency in governance, the fictional character, Mr. Amafegha, also had to be dispensed with.

On January 21, 1999, Mr. Gbinigie, who had assumed the role of hatchet man for Mr. Etete, filed an amendment at the CAC.  The board of Malabu had met on November 27, 1998, Mr. Gbinigie told the CAC.  A new ownership structure had emerged. The new owners of Malabu were Mr. Jabu, 14 million shares; and Seidougha Munamuna, a Port-Harcourt-based close relative of Mr. Etete, 6 million shares

The resolution was silent on how Mohammed Abacha, who before then was the largest shareholder,  suddenly had no share; and also on Mr. Hassan. It was equally silent on the non-existent Mr. Amafegha.

PREMIUM TIMES investigations reveal that the meeting never held. Like the previous one, it was cooked up by Mr. Etete working in concert with Mr. Gbinigie.

The Economic and Financial Crimes Commission also noted in its report on the investigations that “despite these changes, there is no evidence to indicate that Mohammed Sani (Abacha) and Hassan Hindu have resigned their appointment or have transferred their shares.”  A search report by the law firm of Wali, Uwais and Co., also revealed a similar finding.

Mr. Gbinigie, the lawyer behind the manipulations would not respond to PREMIUM TIMES’ enquiry.  His secretary, and other staff at his No. 30 Catholic Mission Street, Lagos, office would not say anything on the deal. They also refused to provide Mr. Gbinigie’s telephone number, saying the lawyer was not around.

“Just write what you want to find out about, and your contact details. He (Mr. Gbinigie) will call you when he is around,” his secretary who refused to disclose her name, or give her own telephone number said. Two weeks after our visit, Mr. Gbinigie is yet to respond to us.

Mr. Etete could also not be reached. Malabu’s corporate office could not be traced. All the office addresses on its correspondences turned out to be fake. The company is not known to have any office or personnel beyond Messrs. Etete and Gbinigie. A source said the former petroleum minister runs the company and churns out the manipulation from his living in his Victoria Garden City apartment in Victoria Island, Lagos.

With the Abacha’s out of the way, and the advent of democracy, Malabu entered its new phase, where Nigeria’s most senior elected officials joined the scramble for OPL 245.