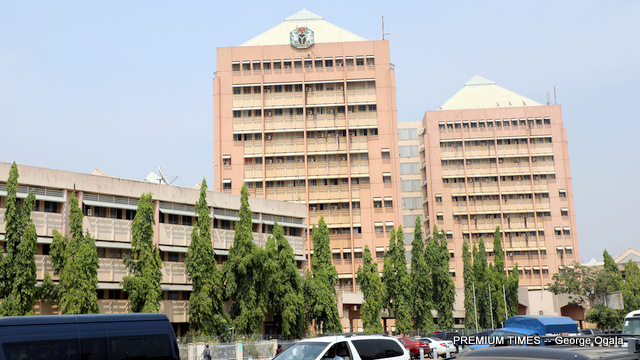 Federal ministries, departments and agencies failed to account for N323.5 billion in 2019, with many offices violating rules on payments, remittances and tax, the government’s latest audit report has said.

Most of the violations were observed across 27 MDAs with at least four of them recording cross-cutting issues from non-compliance and internal control weaknesses issues, the audit report, the latest from the Office of the Auditor-General of the Federation, said.

The largest chunk of the expenditure was N132.5 billion used in paying unapproved allowances to staff in 20 MDAs, the report said. The Nigerian Security Printing and Minting Plc spent the highest amount of over N97 billion, while the National Commission for Colleges of Education, Abuja, spent N2 million, the least.

According to the Office of the Auditor-General of the Federation, the authors of the report, the spending violated Paragraph 415 of the Financial Regulations that states, “The Federal Government requires all officers responsible for expenditure to exercise due economy. Money must not be spent merely because it has been voted.”

The second biggest waste noted by the audit report was N127.1 billion, being internally-generated revenues and other funds not remitted to the government by 15 MDAs.

Under government laws and regulations, all federal agencies that are fully funded from the treasury are mandated to remit 100 per cent of their internally generated revenue to the government’s central account. A circular in 2011 requires all federal agencies to limit their utilization of internally generated revenue to not more than 75 per cent of the gross revenue while the balance of not less than 25 per cent should be remitted to the government purse.

Of the N127.1 billion unremitted money, Nigeria Customs Service had the highest amount of N125 billion, while Anambra-lmo River Basin Development Authority, Owerri had the least amount of N5 million.

Also, nine MDAs spent N49.5 billion on unbudgeted items, with the Federal Ministry of Agriculture and Rural Development having the highest amount of N48 billion, while the Pharmacists Council of Nigeria, Abuja, recorded the least amount: N1 million.

The report said N6.5 billion was recorded as payment made without payment vouchers by four MDAs with Federal Medical Centre, Keffi, having the highest amount of N5 billion.

Over N6.2 billion was expended on contracts/services not executed by five MDAs. Of this, the Nigeria Ports Authority had the highest amount of over N4 billion while Federal Government College Enugu has the least amount of N 83 million.

According to the report, 12 MDAs did not remit taxes totalling N5.8 billion. “Nigerian Civil Aviation Authority has the highest amount of N2.9billion while Federal College of Freshwater Fisheries Technology, New Bussa has the least amount of N1million,” the report said.

Twenty four MDAs granted the sum of N4.5 billion as advances which was above statutory limits of N200 thousand.

The report also recorded N4.3 billion as vouchers being paid by 27 MDAs without attachment of relevant supporting documents. The Code of Conduct Tribunal topped the chart here.

How Buhari marked his 79th birthday in Turkey – Presidency