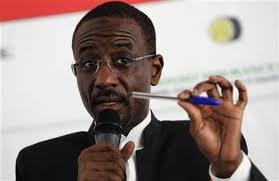 The Central Bank of Nigeria (CBN) has begun the construction of an international conference centre for the University of Jos (UNIJOS) at the cost of N9.5 billion.

The Project Manager, Lawal Yankara, on Wednesday in Jos said while handing over the project site to the contractor, that the bank sponsored the project because of its desire to develop manpower in the country.
“The idea is that the CBN has been carrying out so many reforms in the financial sector. The next reform it intends to do is to develop manpower that will drive the reforms.
“The provision of facilities in the universities is to enhance learning, and that is why we are bringing in this facility for conducive learning, research and dissemination of knowledge, particularly in the finance and economic sector, he explained.
Mr. Yankara said that the conference centre christened, “Centre of Excellence’’ would contain a 450 capacity lecture hall, a 200-room five star hotel, cafeteria, sporting arena and swimming pool, among others.
He said that the centre would be linked to other universities across the globe, adding that lectures would be delivered online.
Prof. Hayward Mafuyai, Vice Chancellor of the university, thanked the CBN for selecting the institution for the project.
“I want to immediately assure Nigerians and the international community that the decision was not a careless one.
“I think it is the best decision, because if you look at the modest contribution of UNIJOS to the economic sector, you would agree with me that the decision was the right one.
“The university has recently produced the immediate past Director General of ANAN, Ambrose Okoli, who is now in the university as a lecturer.
“As we speak, the current D-G of ANAN, Jane Ande is also a lecturer here in the accounts department, so also the present President of ICAN, Prof Francis Ojainde, who is a lecturer in the university.
“In spite of the 11 years of instability on the Plateau, UNIJOS was until early last year ranked the second best university in the country because we have always tried to maintain our own standard.
“With this kind of facility, I want to assure that by the special grace of God this investment will work well and we will get more than what has been put here,’’ he said.
Mr. Mafuyai also said that the university was aiming beyond Nigeria, adding that the school’s target was to rank among the 10 best in Africa within the next three to four years.
Lorenzo Boutigny of Tecnis EPC International Ltd., the contractor handling the project, promised that the project would be completed within 130 weeks.
Mr. Lorenzo said that the company was aware of the importance of the project to the university community and assured that the company would not fail to deliver.
Amos Nanbol, President of the Students’ Union Government, thanked the CBN for the project and called on other corporate organisations to emulate the gesture.