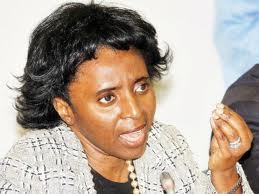 The former Chairman, who was presenting her report card entitled “The End and Beginning of a New Era” as the curtain falls on her tenure last Monday, said a total of N7.53 trillion came from non- oil sources, while over N13.036 trillion was realised as oil revenue during the period.

“Five of the nine bills presented to the National Assembly were also passed, including the Personal Income Tax Amendment Act and the Federal Inland Revenue Establishment Act FIRSEA 2007, one stop- tax shops were created to ease the burden of taxpayers, while the FIRS collaborated with states, agencies and countries to share data to enhance revenue collection,” she said.

According to her, with respect to the services’ core mandate of tax collection, tax revenue grew astronomically from slightly below N1.2 trillion (about $7.9billion) in 2004, to over N4.6 trillion (over $30billion) in 2011 (over four times the collection figure of 2004).

Urging cooperation and support for her successors, the former Chairman challenged them to not only sustain the momentum of success her administration created, but also strive to surpass it.

“I have always regarded this journey as a relay in which my goal was to use my best effort to run my segment of the race,” she noted. “As I hand over the baton, I encourage you to continue the race and surpass all that has previously been achieved. I urge complete support for the incoming Acting Executive Chairman – Alhaji Kabir Muhammad Mashi – an experienced and distinguished public servant. Never forget that this is a team sport and that the strength of the institution is in the strength of the team.”

Mrs. Omoigui Okauru, who was appointed by the Olusegun Obasanjo administration on May 3, 2004, was reappointed on April 10, 2008 for another four-year term, which ended April 9, 2012.