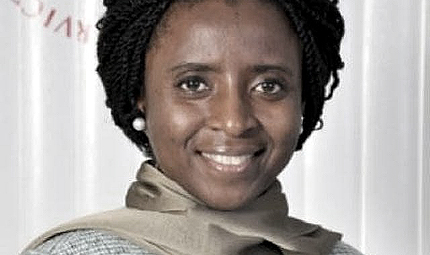 Today, the curtain falls on a graceful career. After successfully serving out her eventful tenure, first class accountant and technocrat, Ifueko Omoigui Okauru, has today stepped down as Executive Chairman, Federal Inland Revenue Service (FIRS), leaving a trail of unprecedented achievements in her name.

In a country where corruption appears to be the unwritten code for most public servants, it is rare to still find, arguably, a principled woman with such virtue and character, who was completely committed to her official calling, yet remained untainted and unbowed, in spite of professional and societal pressures.

As she takes a bow from office, there is so much to point to as concrete achievements that clearly set Nigeria’s tax system apart today.

In the era before her, the internally generated revenue (IGR) of the federal government was abysmally low, less than N1trillion per annum. President Olusegun Obasanjo had to constitute the Dotun Philips-led study group in 2002 to undertake a comprehensive review of the country’s tax system with a view to getting recommendations for its total overhaul.

A private sector working group, which reviewed the report, later recommended the reorganisation of the entire tax structure, with emphasis on the development of a central national tax authority. But, the challenge was finding a suitable person to drive the process, provide meaningful leadership to the harmonised reform agenda, and give government a clear idea of the direction to go.

When Mrs. Omoigui Okauru accepted to mount the saddle, her primary mandate was to drive the harmonised tax reform agenda and institute a tax reform process that would ultimately help build institutions and processes towards a sustainable revenue flow for the country.

Part of the reform agenda included identifying several legislative bills that needed to be passed by the National Assembly to give legal framework to the various recommendations of the different study groups with a view to removing the ambiguities in the country’s existing tax laws.

In 2005 alone, she facilitated the presentation of nine bills before the National Assembly for deliberation and passage, including the Federal Inland Revenue Service Establishment Act 2007, which effectively wrestled from the bureaucrats the control of the tax agency, giving it overall capacity to function independently in terms of ability to recruit, develop and reward staff towards optimum performance.

The law provides a comprehensive legal framework for tax administration in the country, while several other presidential and ministerial orders have been secured granting exemptions for investments on bonds and related instruments, incentives to indigenous companies providing employment and social infrastructure.

During her tenure, she developed a Vision 20:2020 for the country’s tax system, while tax treaty strategy is currently being developed to provide a guide regarding what countries Nigeria should sign treaties with, avoidance of double taxation agreements as well as mutual assistance agreements for exchange of information on taxation.

The creation of standards and compliance groups to ensure standards, processes and systems is one innovation she established to guide tax administration, with focus on debt management and enforcement; registration, returns and payment processing; tax audit as well as taxpayer services.

Apart from cultivating a well-motivated staff, through the provision of improved remuneration and welfare benefits, the transition of the FIRS from the core Federal Civil Service structure to a semi-autonomous, professional and effective government agency has placed the service in a position to deliver on its mandate to the government and people of Nigeria.

From a low tax collection rate of less than N1trillion in 2004, the service has recorded a quantum leap in both oil and non-oil revenue to over N4.6trillion in 2011.

Part of the problems she faced during her tenure was, perhaps, her principled resistance of politicians who saw the use of consultants for tax collection as the best avenue to rake in easy money. But, despite several attacks and blackmail, she remained firm in her resolve to abolish consultants in tax administration in the country, particularly where such consultants usurp the roles of government tax officials.

Her argument has always been that the use of tax consultants, who are paid between 25 and 35 per cent of their total revenue generation as commission, was responsible for the high cost of tax collection in the country, which makes it difficult for revenue agencies to have enough resources to acquire the facilities they need to carry out their responsibilities.

Last week’s launching of the National Tax Policy as well as the Taxpayer Identification Number (TIN) system shows Mrs. Omogui Okauru’s commitment to transforming the system and leaving indelible footprints on the sands of time.

Though she said at the valedictory briefing with reporters that she would not bother much about what people think of her and her tenure, Mrs. Omoigui Okauru appears convinced that posterity would be on her side with a positive verdict that she recorded some key achievements, including significantly reorganizing the service into a modern tax authority; creating a one-stop integrated tax office for the convenience of tax payers; restructuring the service to highlight modern tax authority functions and recording more than 20 convictions for tax evasion and other abuses during the period.

Perhaps what would give her lasting joy would be seeing her dream of an integrated tax administration system automation, which has already been approved for implementation, coming to fruition in the next three to four years, and the TIN scheme launched last week by President Goodluck Jonathan, rolling off as planned.

But, the shoe she has left behind would definitely be a huge challenge for her successor, who must be one with his or her feet firmly on the throttle to sustain the reform agenda if he or she must succeed in rivalling her record of achievement.