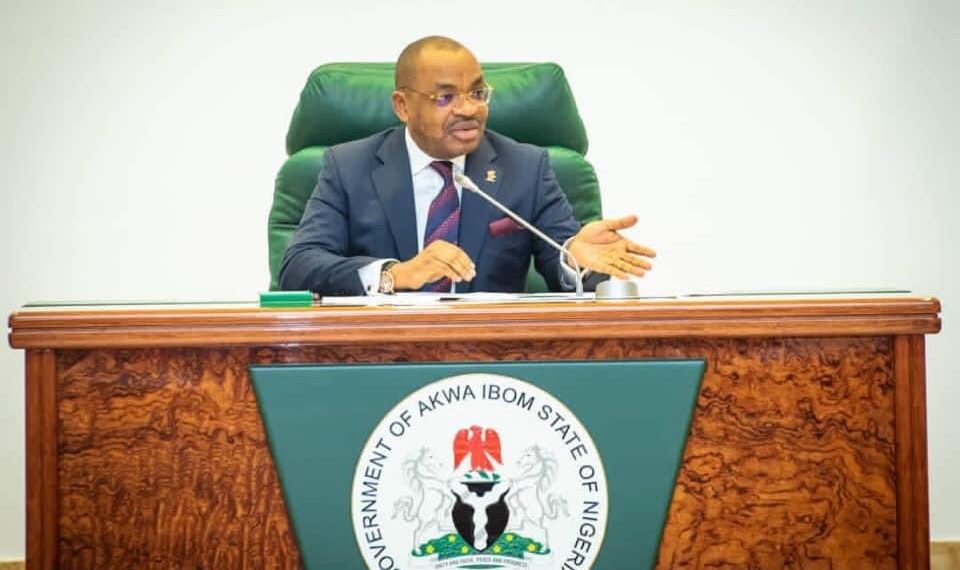 Governor Emmanuel says "the investment would change the fortune of agriculture in Nigeria, and that more than two countries were involved in it".

The Akwa Ibom State Governor, Udom Emmanuel, on Thursday, hinted that an agricultural project worth $1.4 billion would be established soon in the state by foreign investors.

Mr Emmanuel, who was addressing a large crowd that turned up to witness his inauguration of the Ibom Tropicana Mall in Uyo, said the project, to be located in Ikot Abasi Local Government Area, is “something that would gladden the heart of the whole Akwa Ibom”.

“It is something as big as Ibom Deep Seaport,” he said, while expressing his reluctance to give details of the project.

“I will not announce full details today. I have a letter already in my hand, else I wouldn’t have spoken about it. The money for it is ready. The investment in that axis would turn the fortune of agriculture in Nigeria, and it is worth a minimum of $1.4 billion.

“Even the president has already sent a message of goodwill on it. It cuts across more than two countries,” the governor told the crowd, which included his wife, Martha, the state lawmakers and chairpersons of the local councils in the state.

With the current scarcity of foreign investments in Nigeria, the project touted by the Akwa Ibom governor would certainly be a great boost to the country’s economy when it materialises.

The mall is a part of a massive leisure and business complex called Ibom Tropicana Entertainment Centre, built at about the cost of N120 billion by the administration of Godswill Akpabio who said he wanted to use it to turn the oil-rich state into “small Dubai”.

The entertainment centre was categorised as a white elephant project in a PREMIUM TIMES report in 2018 because it was evidently a drain on government resources, and did not yield any revenue for the state.

Hitherto defective in its design and structure, the mall was abandoned for several months before Mr Emmanuel’s administration began its remodeling and renovation in 2015, through a public-private partnership.

The fall in the value of naira prevented foreign investors from investing in the mall and delayed its reconstruction, said Olumide Akinsanya, the CEO of Median Infrastructure Company Development Ltd, a major investor in the project.

When Mr Akinsanya’s company moved in for the renovation, several parts of the roof were leaking, causing rainwater to collect inside the mall.

“Government is not about noise-making,” Governor Emmanuel said of the mall, during its inauguration. “They say only empty vessels make the loudest noise.”

The governor also spoke about a 14-floor storey building which is among the uncompleted and abandoned parts of the Ibom Tropicana Entertainment Centre.

“I want to announce that we have been in touch with other investors about the hotel you are seeing there,” he said.

He said another hotel, a four-star hotel, built at Ikot Ekpene also by the previous administration would have commenced operation by now if not for some setback caused by the COVID-19 pandemic.

“If you checked, it’s about 99.99 per cent complete. The only thing remaining is just for the management team to move in. We are reworking the agreement of that hotel and we have put everything in place.

“We are hoping that within a short moment, Marriot should move in and the place would be commissioned,” he added.

Mr Akinsanya, at the inauguration of the mall, commended the Akwa Ibom government for the ease of doing business in the state.

“Every of the roles the government was supposed to play was done in record time,” he said. “This is our beginning in Akwa Ibom State, we are here to stay.”

Mr Akinsanya said 300 people were currently working in the mall which, according to him, has the potential to employ up to 600.

“We have been strategic about it, as we bring in international tenants, we also bring in local tenants so they can grow as well,” he added.

Women in Agriculture: I receive no govt support despite being in Abuja — Rice farmer