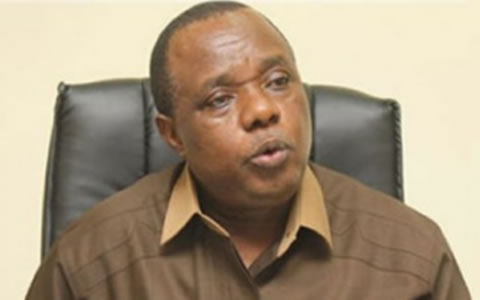 The Revenue Mobilisation Allocation and Fiscal Commission (RMAFC) has warned the Federal Government against granting incentives and waivers that are not targeted at boosting the growth of the country’s economy as well as improve the benefit to the people.

The Chairman of the Commission, Elias Mbam, who was speaking in Abuja while receiving the Comptroller General of the Nigerian Customs Service (NCS), Inde Dikko, in his office, said any fiscal policy that reduces what the revenue generation agencies contribute to the Federation Account has defeated its objectives.

“All fiscal policies, including incentives and waivers, should be directed at improving the economic activities and benefits to the people,” Mr. Mbam said.

“If it reduces what is contributed to the Federation Account, then the waiver may not have met its objectives,” he said.

Apart from the oil and gas industry, the Chairman identified the NCS as one of the major contributors to the Federation Account, assuring of the Commission’s readiness to work with it to consolidate on its achievements last year as well as enhance its revenue generation capacity for the future.

“The NCS must be commended for surpassing its revenue target for last year,” he said.

“But, it must work to consolidate on that record and strive to surpass that in the coming years. The Commission is willing to assist in this direction. With the ongoing reforms, we are hopeful that by the time it is completed, there would be more revenue to share. Our desire is to see that Customs is properly funded to enable it discharge its responsibilities. It must be allowed to discharge its enforcement role, ensure accountability, reduce leakage and enhance its revenue generation capacity,” Mr. Mbam added.

Urging Customs to ensure that its men and officers cooperate with the Commission by guaranteeing full disclosure of information that would help in knowing their challenges, he said revenue agencies should be concerned more with “how the cake is baked, or how to increase the size of the cake, rather than dissipate energy in sharing a cake that is reducing in size.”

On the proposed new revenue sharing formula, the Chairman said it would soon brief the media on the progress so far, though he said it would be difficult to say it would be ready by the end of the first quarter as earlier promised owing to the many challenges the Commission has been facing.

“We have made some reasonable progress on the issue. But, we don’t want to talk much about the new revenue sharing formula, because of the sensitive nature of the issue,” he said. “The issue has a lot of implications on the unity and progress of the country. That is why we are very careful in all our actions and inactions.

“We don’t want to join the politics of the review exercise. We want to retain our image as an unbiased umpire that would be fair, free and devoid of any political considerations in terms of the politics of any section of the country.”

The Customs Comptroller General said though its performance has improved from an average revenue collection of N30billion in 2009 to about N70 to N80billion a month, he attributed this to the fully automated system put in place by his management, which has helped block many of the revenue leakages.

He said the absence of a legal framework backing the destination inspection system currently in operation was a major hindrance to its operations, stressing the need for its repeal by the National Assembly to enable it discharge its responsibilities of revenue collection effectively as well as enhance trade facilitation.

“The absence of legal framework is becoming a big obstacle to our revenue collection effort,” he said. “The penalties in current system are too meager, with the highest being about N200. Today, we have an automated system that is being backed by the law. We are in a position to introduce our own software, ACYCUDA, which if the bill is passed into law, would use biometrics that before anybody enters the system, has to have his fingerprints. This will help in blocking the revenue leakages.”

Atuche bought shares for 18 of his companies with Bank PHB’s money, says EFCC