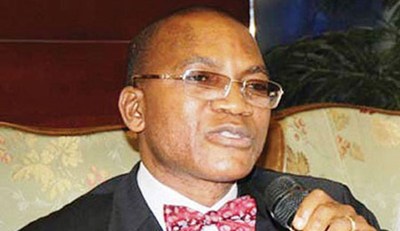 Proceeds from the proposed diaspora bond to be issued by the Federal Government would be tied to specific projects to enhance the country’s economic growth, Director-General Debt Management Office (DMO), Abraham Nwankwo, told the News Agency of Nigeria (NAN).

“It has been said some months ago that Nigeria is going to prospect issuing a Diaspora bond,” he said. “DMO has been given the mandate to work with this. A technical committee set up to pursue this has made some progress on its part. We are also finalising the framework and the objectives of issuing a Diaspora bond. The only other point I can make at this time is that whatever Diaspora bonds will be issued, will be tied to specific projects to grow the economy.”

Nwankwo said the issuance of the Euro bond was to give Nigeria visibility in the international finance market, adding that the specific projects into which the proceeds from the bond would be deployed would soon be made public.

“Those who are investing in the bond will know that the proceeds are billed to develop specific projects that have been designed and that will be projects that are part of national priority either in terms of real sector or in terms of infrastructure,’’ he said.

The DMO boss noted that by the time the framework was ready, the coordinating minister for the economy, Ngozi Okonjo-Iweala, would tell the public the next step forward, pointing out that most global investors have positive outlook of the Nigerian economy as well as expressed strong confidence in the way the economy was being managed.

This positive perception of the country and the economy, he noted, has contributed to the over-subscription of the bond in the market, adding that the international community, the investors and the global fund managers are keen on becoming part of the process of transformation in the economy.

He disclosed that the bond has been trading in the market at 5.7 per cent and 5.8 per cent premium per annum, lower than 6.75 per cent coupon at which it was issued, pointing out that the price had been lower and had generated a great demand for the bond.

“Even with the security challenges, the international community appreciates the strategy government is employing to get positive response,” he said. “What is important to them is what is being done to address the problem. They appreciate that government is doing something and using a package of measures to deal with this effectively.’’

About $500 million Euro bond issued in January 2011 was oversubscribed by more than 200 per cent, with investor distribution spread across Euro, Asia, North and South America.