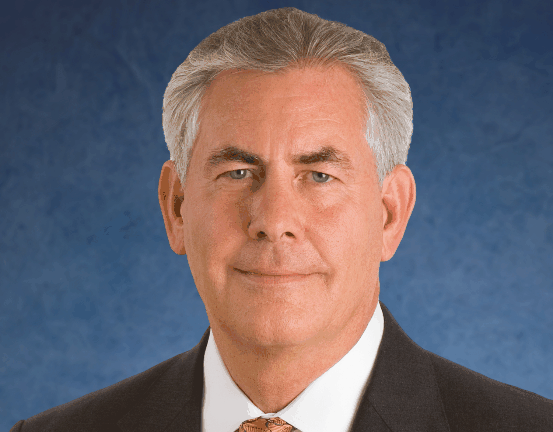 Nigeria has been identified as one of the key destinations in West Africa Exxon Mobil Corporation hopes to rely on to realize its objectives in an ambitious $185billion (about N28.84trillion) investment plan over the next five years to develop new energy supplies to meet expected growth in demand, the company’s chairman/chief executive, Rex Tillerson, has said.

Mr. Tillerson, who was speaking today in a presentation at the New York Stock Exchange (NYSE), said even with significant efficiency gains, ExxonMobil expects global energy demand to increase by 30 per cent by 2040, compared to 2010 levels.

He said demand for electricity would make natural gas the fastest growing major energy source, while oil and natural gas are expected to meet 60 per cent of global energy needs over the next three decades.

To help meet that demand, he said ExxonMobil is anticipating an investment profile of approximately $37 billion per year through the year 2016, with a total of 21 major oil and gas projects scheduled to commence production between 2012 and 2014.

In 2012 and 2013, the company is expected to achieve start-up in nine major projects, while anticipating addition of over one million net oil-equivalent barrels per day by 2016.

“An unprecedented level of investment will be needed to develop new energy technologies to expand supply of traditional fuels and advance new energy sources,” Mr. Tillerson said. “We are developing a diverse portfolio of high-quality opportunities across all resource types and geographies.”

Highlighting the plans for the future, the ExxonMobil boss identified nine major projects scheduled for start-up in the next two years in the upstream sector, including four in West Africa where it holds interests in 19 blocks in deepwater offshore areas. The company has proposed major new developments in Angola, Chad and Nigeria.

Though the projects were not named, investigations show that they include 180,000 barrels per day capacity Usan deepwater offshore field development, which achieved first oil production late last month.

The Usan field start-up provided a significant boost to both ExxonMobil’s production and Nigeria’s oil export potentials, which currently stands at about 2.6million barrels per day.