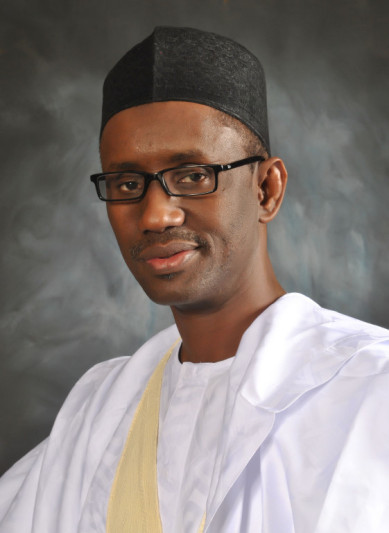 Mr. Ribadu, who was speaking at the formal inauguration of the task force by Petroleum Minister, Diezani Alison-Madueke, in Abuja, said members are not only honoured by the call to national duty, but are committed to do their best to bring value and balance to the country’s most important sector of the economy.

“The terrain of the extractive industry has always been defined by the value and concept of resource curse,” Mr. Ribadu said. “In the effort to reinvent the country, we must seek to elevate the moral standard of public conduct that brings value to the people. Nigeria is today at a crossed roads. The task force is part of effort to commit the public and the administration to higher levels of accountability.

“Part of the changes of breaking new grounds and chart a new course is to understand the imperatives of constant renewal of faith with fellow citizens, by empowering them with the benefits of accountability and responsibility, by laying down communication platforms that straighten the decision making processes in a bid to make governance more transparent and accountable.”

The former Chairman, Economic and Financial Crimes Commission (EFCC), assured that he would work diligently to meet the expectations of Nigerians who seek a new dawn of ethical business conduct in the sector, saying that those who play by the rules would be guaranteed all the support from government, while the unscrupulous players would be shown the red card.

“I appeal to Nigerians with information and materials that would make the work of the task force successful to make same available,” he added. “The journey we are embarking upon is an important one. I accept this national assignment with an open heart and honesty to make the contribution that would make the country a better place for all Nigerians.”

Mrs. Alison-Madueke described the task force as a continuation of the effort by President Goodluck Jonathan to strengthen the ongoing reforms and transformation of the country’s oil and gas industry anchored on full transparency and accountability.

“Our journey to transformation is irreversible,” the minister said. “Our mission is to transform the petroleum industry, and in doing so, change the way that business is currently done. Our purpose is to enhance the commercial and technical viability of the sector, inculcating full transparency and accountability, thereby ensuring value for money for the people of the Federal Republic of Nigeria.”

The minister, who said the task force had 60 working days to deliver on its mandate, listed its six-point terms of reference to include working with consultants and experts to determine and verify all petroleum upstream and downstream revenues (taxes, royalties, etc.) due and payable to the Federal Government; taking all necessary steps to collect all debts due and owing as well as obtain agreements and enforce payment terms by all oil industry operators and design a cross debt matrix between all agencies and parastatals of the Federal Ministry of Petroleum Resources.

The task force, expected to submit monthly reports and other reports for ministerial review, is also mandated to develop an automated platform for effective tracking, monitoring, and online validation of income and debt drivers of all parastatals and agencies in the Federal Ministry of Petroleum Resources; work with world-class consultants to integrate systems and technology across the production chain to determine and monitor crude oil production and exports as well as ensuring at all times, the integrity of payments to the Federal Government.

This is what FEC will discuss Wednesday