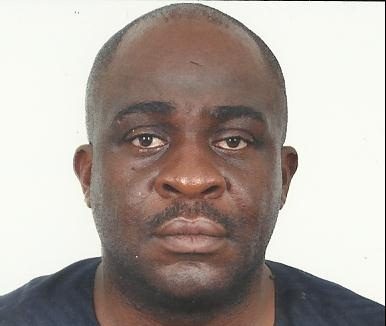 The management of the Federal Ministry of Science and Technology has appointed Francis Chizea as the Acting Director-General of the National Space Research and Development Agency (NARSDA).

Mr Chizea’s appointment followed the retirement of Jonathan Agulu as acting DG on May 15, a press statement by the Director of Press of the ministry, Abdulganiyu Aminu, on June 2, revealed.

According to the statement, Mr Chizea was selected among other directors, for the position based on the fact that he is the most senior on the nominal role of directors in the agency in accordance with Civil Service Rules (CSR).

“Dr. Chizea is bringing to the position a track record of solid achievements in the space sector as well as rich academic credentials. It is expected that Dr. Chizea will bring to bear his wealth of experience spanning twenty-one years to reposition the agency and take it to greater heights.,” the statement highlighted.

According to the statement, Mr Chizea joined NASRDA at the inception of the agency on May 5, 1999, and has been a management staff since then.

Mr Chizea holds a PhD in Physics and Astronomy from the University of Nigeria, Nsukka. He is an Alumnus of International Space University, France. He is at present a visiting Professor at the same University.

He is also the current Vice-chairman of the United Nations Committee on the Peaceful Uses of Outer Space.

He has also served as a member of the Committee that drafted the National Space Policy and Programme which was approved by the Federal Executive Council in 2001. This Policy Document is still the official Policy Document of Government with regard to the Country’s Space Programme.

He was appointed the Secretary to the Technical Advisory Committee (TAC) of the Agency in 2003. TAC is the Committee that reviews all technical projects of the Agency to ensure that it meets the desired requirements for the implementation of the National Space Policy and Programme (NSPP).

In the course of his career, according to the statement, Mr Chizea was appointed the Project Manager for the design, building and launch of Nigeria’s first satellite (Nigeriasat-1), which was launched into orbit in 2003. He also handled the construction, commissioning and management of the Ground Receiving Station for the Nigeriasat-1 satellite. These functions also included the day- to – day monitoring, control, tasking and downloading of data from the Nigerisat-1 satellite.

Mr Chizea, has, for the past 14 months, been coordinating the participation of Nigeria at the United Nations Committee on the Peaceful Uses of Outer Space and its two Sub-Committees, the statement highlighted.

He was appointed by the African Group Task Force on Space Science and Technology in Vienna to represent Africa as the first Vice Chairman for the Committee on the Peaceful Uses of Outer Space, which started in June 2019, for two years.

Reps urge AfDB Board to stop further harassment of Adesina