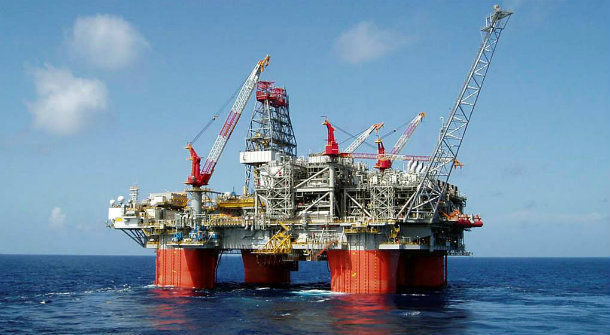 Only Nigerian firms to bid for 57 marginal oil fields — DPR

Only wholly-owned indigenous oil companies and investors with substantially Nigerian interest operating as oil exploration and production businesses would participate in the bid for 57 oil fields put up for auction under the forthcoming 2020 marginal field bid round.

Also, companies whose promoters are either indebted to the government, or currently holding oil assets not operated in a business-like manner would not be pre-qualified to participate in the bid.

These are part of the bid guidelines issued by the DPR and published in its website on Monday as the Federal Ministry of Petroleum Resources announced the commencement of the bid process.

The DPR said all the oil fields included in the bid basket are located in the country’s land, swamp and shallow offshore terrains.

The bid guidelines signed by the director of DPR, Sarki Auwalu, said the entire process is expected to run over the next six months, from date of the announcement and completed with the signing of Farm-out agreement with the leaseholder.

A marginal oil field is any field discovered by a license holder, but has become abandoned for about 10 years and above from the date of first discovery on the consideration that its oil find is assumed not of commercial volume to produce.

Also, they include oil fields with high gas and low oil reserves as well as fields that have been abandoned by leaseholders for upwards of three years for economic or operational reasons and may be considered for farm-out to other operators.

The bid guidelines said the exercise would be conducted under the provisions of Section 17 of the First Schedule to the Petroleum Act 1969 (as amended) which cedes the powers to approve the outcome of the bid to the President, who is also the Minister of Petroleum Resources.

The provision also allows the government to recover from international companies’ oil and gas discoveries in the country that have been abandoned or left unproductive for several years on Oil Mining Leases (OML) and transfer to independent and indigenous operators.

Under the award process, the DPR said following the formal announcement of a marginal fields bid portal has been launched through which prospective bidders would access all requirements for the exercise.

The DPR said bidders would be expected to submit an Expression of Interest (EOl) for registration to participate in the bid, after which interested companies would be prequalified to submit their bids.

Announcement of pre-qualified companies, the bid process stated, would be allowed to conduct data room prying, leasing and purchase of bid reports, before submitting technical and commercial bids for evaluation.

The final stage of the bid process, the DPR said, would be the announcement of winning bids.

The regulatory agency said prospective bidders would be required to submit to the online portal evidence of company’s existence, its details, including registration, staffing, organisational chart, as well as affiliates and other business interests.

Besides, bidders are also expected to demonstrate capacity for Nigerian content development, particularly training and growth of indigenous capability and manpower as well as plan for local input in the provision of materials and services to the industry.

At the completion of the pre-qualification and selection processes, the guidelines said recommendations would be forwarded to President Muhammadu Buhari for approval of winners to pay the mandatory signature bonus.

Recently, a coalition of civil society groups expressed fears the proposed marginal oil field may not attract credible investors if the outcome of the bidding process would be subjected to any approving authority.

Citing poor public confidence and lack of trust by serious investors as reasons previous marginal field awards failed to realise their objectives, the coalition called for a bid whose outcome would be a product of a transparent, open and unfettered process not subjected to the approval of an individual.

The group also called on the government to ensure the bid guidelines included a demand for all prospective bidders to disclose the details of their beneficial owners to allow Nigerians to know the award holders of the country’s oil assets.

However, a review of the latest bid guidelines does not include a provision requiring the disclosure of detailed information about the beneficial owners of the bidders except their evidence of business registration.

But, the spokesperson of DPR, Paul Osuh, told PREMIUM TIMES on Monday, it was too early to talk about beneficial ownership disclosure as the guidelines have just been released for prospective bidders to review.

“The bid is an open process. Prospective bidders would need to register to get to the stage where they would be expected to disclose their beneficial owners. Every Nigerian will know. Where we are now is for bidders to read, understand and digest the conditions and guidelines. The process will unfold as we go on,” Mr Osuh said.