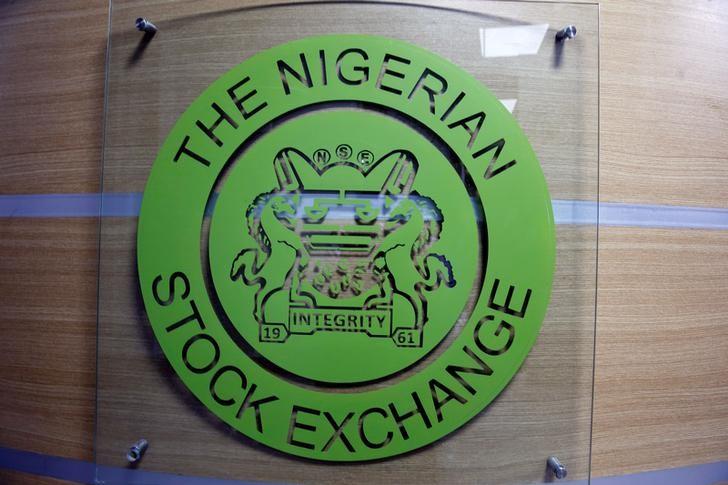 The logo of the Nigerian Stock Exchange is pictured in Lagos, Nigeria November 9, 2016. REUTERS/Afolabi Sotunde

Nigeria’s bourse resumes trading in June with 0.19 per cent growth

The nation’s bourse resumed trading in June on a positive note, with the All-Share Index appreciating by 0.19 per cent.

Also, the market capitalisation which opened the month at N13.168 trillion inched higher by N25 billion or 0.19 per cent to close at N13.193 trillion.

The uptrend was impacted by gains recorded in large and medium capitalised stocks, amongst which are: Dangote Sugar, Nigerian Breweries, Guaranty Trust Bank, Vitafoam Nigeria and BUA Cement.

Analysts at Imperial Asset Managers Limited stated that, “This week, we expect to see a measure of profit taking as some active traders may likely cash on profit.”

They reiterated that investors with long-term investment goals should continue to build their portfolios given the current attractive valuation of most fundamentally viable stocks.

The market closed positively with 28 gainers against 10 losers.

Japaul Oil & Maritime Services and Nigerian Aviation Handling Company led the gainers’ chart in percentage terms, improving by 10 per cent each, to close at 22k and N2.75, respectively,

Dangote Sugar Refinery followed with 9.69 per cent to close at N14.15, per share.

On the other hand, Fidson Healthcare led the losers’ chart in percentage terms with a loss of 9.71 per cent, to close at N3.07, per share.

Afromedia dipped 7.69 per cent to close at 24k, while Flour Mills Nigeria and Honeywell Flour Mill shed 4.76 per cent each to close at N20 and N1 per share, respectively.

Transactions in the shares of FBN Holdings topped the activity chart with 41.01 million shares valued at N221.78 million.