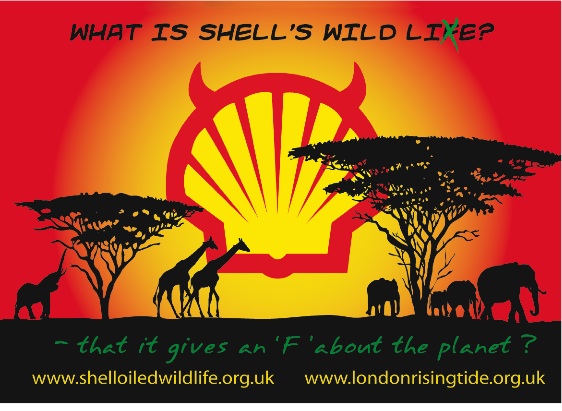 The U.S. Supreme Court says it would on Tuesday listen to arguments from parties on allegations of abuses perpetrated against the people and environment of Ogoniland.

The hearing would seek to determine whether or not multinational corporations could be held liable for alleged complicity in human rights abuses outside the country, particularly on the specific case concerning reports of torture and execution of rights activists in Nigeria and the alleged involvement of Shell in Ogoniland.

The widow of one of the Ogoni 9 activists executed during the Abacha administration in 1995 for protesting against Shell operations  in Ogonilad,  Esther Kiobeln had dragged the company before the Supreme Court seeking sanctions against it for allegedly sponsoring the killing of the people of the area.

Shell, with headquarters in the Netherlands, and registered in Britain, is the fifth largest company in the world.

But, the plaintiffs,  Jennifer Green, a professor of law from the University of Minnesota, said the court would seek to determine “whether a corporation is basically immune for human rights abuses”, considering the  principle that “corporations doing business in the United States are bound by U.S. law and U.S. law includes the prohibition of human rights violations. So, when a corporation is complicit in those violations, it can be held liable under the Alien Tort Statute,” she said.

The 1789 statute remained almost completely unused until the 1980s, but since then it has come up repeatedly.

It allows courts to hear cases brought up by foreigners for violations of international laws and U.S. treaties.

A U.S.-based member of the 1990s protests in the southern Ogoniland,, Ben Ikari, who plans to organize protests outside the Supreme Court on Tuesday told Voice of America (VOA) that he.feels proud of his long struggle against environmental degradation caused by oil companies in the Niger Delta.

Similar cases filed by relatives of Ogoni protest leader Ken Saro-Wiwa resulted in a 2009 $15.5 million settlement by Shell for the plaintiffs and Ogoni people.

The settlement was reached after 13 years of legal tussle just before the scheduled start of a jury trial in a New York federal court.

Shell officials vigorously denied any involvement in the killings or in any human rights abuses, but said they acknowledged plaintiffs and others had suffered.

In terms of the current Kiobel case, the Supreme Court will only decide whether it has jurisdiction to proceed with the case in the U.S. judicial system.

At that point, Marco Simon, the legal director of Earthrights International, says there would still be many hurdles. ”Shell could argue that the case should be heard in Nigeria, or that the plaintiffs have not submitted sufficient evidence to prove that Shell was involved in the human rights abuses at issue,” he said.
Lawyers for the oil company have previously said there should not be corporate liability in such cases because, if so, companies may become less inclined to work in countries where human rights abuses regularly take place.

The British, Dutch and German governments, as well as the U.S. Chamber of Commerce and other multinational corporations have also supported Shell, saying what happened in Nigeria has no connection to the United States.

The administration of President Barack Obama and international human rights organizations have come out supporting the argument of corporate liability.

A Supreme Court decision is expected by the end of June.