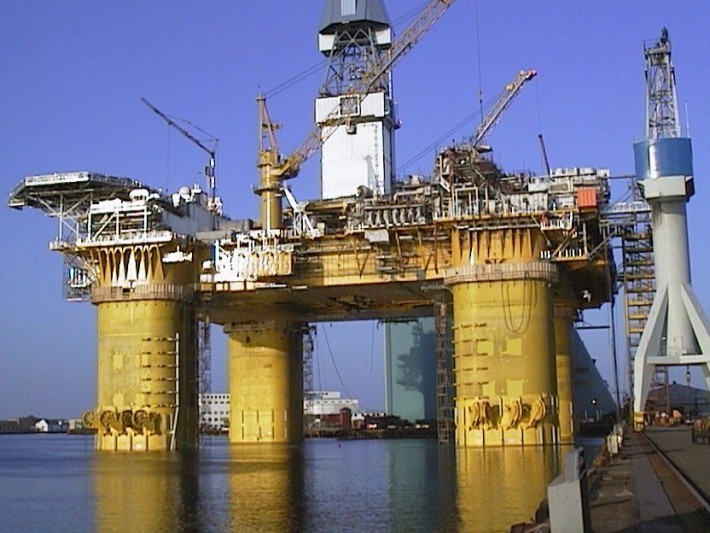 KAZTEC Engineering Limited, a Nigerian-owned engineering, procurement and construction (EPC) company, and subsidiary of Chrome Energy Corporation, plans to grow its annual turnover by about five times the current level of over $200million within the next five years, its projects director, Geoffe Stone, has said.

Mr. Geoffe, who was speaking on the sidelines of the 12th Nigeria Oil & Gas (NOG) Conference in Abuja, said the company’s growth strategy would be devoid of mergers and acquisitions, but would involve leveraging on the potentials of other interests under the Chrome Group, which has vast interests in the oil and gas sector, bio-fuels, petroleum products trading as well as logistics and dredging services in Nigeria and abroad.

Chrome is the parent company of the Environmental Remediation Holding Company (ERHC) Energy, which has extensive interests in the Nigeria /Sao Tomé and Principe Joint Development Zone (JDZ) in the Gulf of Guinea.

“We are in our infancy, but we have tremendous plans for the future,” Mr. Geoffe said. “We have very clear vision of what we are doing and where we are going. In the next few years, we plan to build our support operations base near Oron, South-South Nigeria, which will encompass a number of facilities, including the pipe coating facility, so that we can coat corroded onshore/offshore pipeline installations; a fabrication facility that would focus on structures, topsides and platforms as well as onshore metering stations, and free port for import and export on tax free basis.

“That is the way we need to go in future, because there are limited facilities in Nigeria at the moment. It is cost effective and profitable, and it’s a good way to develop the country’s infrastructure. There are other facilities that are not being planned yet. These include potentially dry docking facilities and other related maintenance onshore/offshore facilities, particularly for vessels. There is a large Nigerian fleet for construction, transportation and production vessels. All these would be maintained.”

He said KAZTEC, which commenced business in 2007 with two onshore pipelines installation projects, with pipeline systems and metering station and related facilities for Addax Petroleum, has completed two projects, with the third, located offshore south-south Nigeria near Calabar, at advanced stage of completion.

When completed, the Adanga offshore field project, would gulp about $150million, in addition to a number of vessels and pipelay/derrick and construction barge operating in water depths not exceeding 100 metres.

“We have a funding programme properly mapped out and developed for the projects,” he said. “They have to be cost-effective from the start, profitable and able to mobilize profits from many other companies owned by the Chrome Group, including independent onshore and offshore oil and gas drilling companies that would contribute to the development of the funding programme.”

Though he noted an element of third party involvement in the funding arrangement, Mr. Geoffe underscored the need to spread some of the risks in the early stages, ruling out discussions with any partner at the moment.

“Our strategy is to do everything from within the Chrome Group,” he said. “That’s a good way to go forward. We have demonstrated in the last three to four years that we can do that. We are yet to to determine our capital base in the next five years. All the elements would have to be defined for the cost to be defined. But that would become clearer in the next six months.”