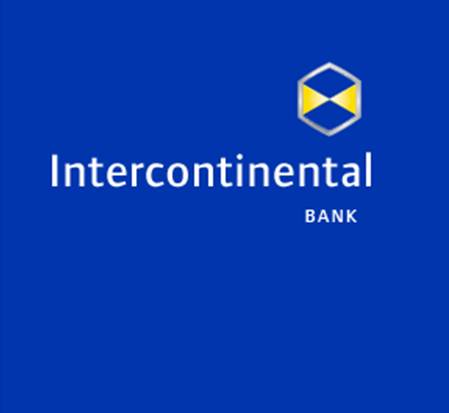 About 1,500 former Intercontinental Bank workers recently sacked by the new management of Access Bank Plc Monday staged a peaceful protest outside the Abuja regional headquarters of the bank to demand the payment of their severance benefits.

The protest, which saw the distressed workers with a large banner displaying a message conveying their grievances, disrupted normal operations at the bank for more than two hours, before they dispersed after extracting a promise from the bank’s management to meet their demands latest by next Friday.

Pauly Iziguso, who spoke on behalf of the workers, drawn from all the branches of Intercontinental Bank in the northern part of the country, said since their appointment were summarily terminated on January 27, 2012, the management of Access Bank had not formally communicated to the affected workers on modalities for the payment of their entitlements.

According to Mr. Iziguso, the bank suggested an offer from the bank  to voluntarily resign their appointments, as being sacked tend to suggest they committed acts of gross misconduct or fraud.

“For more than three weeks, we have been going back and forth on the matter with Access Bank management and they have not allowed us to resign,” Mr. Iziguso said.

“Since January 27 when we were disengaged, nobody has told us anything,” hesaid. “No communication whatsoever. Nobody has been paid. Yet, they are blackmailing us. We have decided to suspend the protest till further notice, because the Access Bank management in Lagos has communicated to the management in Abuja that payments would be made to all those that have completed their documentations latest by next Friday. But if on that day we are not paid we will take the protest to another level. And no policeman would be able to stop us.”

Another members of the group, who simply identified himself as Augustine, who claimed to have been the Regional Branch service head for the North Central region, said  the former workers were bitter because of the manner Access adopted in relieving them of their jobs, after some had put in between 10 to 15 years.

“In January, we came to the office only to discover that we could not log on to our official computer systems,” Augustine recalled.

“On inquiries, we were told that the bank was going to downsize. Later a text message came with the directive that all the affected staff from the whole of the northern part of the country should meet at one hotel in at Wuse 2, Abuja, on Saturday January 28. On arrival at the hotel, we were handed formal letters of termination of our appointments.

“Our offence was that we were not able to meet some deposit mobilization targets given by management in November last year. The target, which was for six months for different categories of officials, including trainee level graduates to managers in IT, operations and admin departments, was to mobilize between N10million and N30million every month in demand deposits, savings and current accounts that they would pay interests.

“Additional condition for meeting the target was that owners of those new accounts must not withdraw from them till after the six months period, otherwise the staff should bring three times the amount withdrawn, or lose their jobs. A performance assessment was scheduled for May this year, to determine what to do with those who fell short of the target.”

He said they were surprised that barely two months into the assignment, their appointments were terminated, adding that despite several pleas for them to be allowed to resign, the bank stood its ground.

Though the aggrieved workers said they reported the matter to the Niger Labour Congress (NLC) and the Trade Union Congress (TUC), they were referred to the Association of Banks, Insurance and Financial Institutions Employees (ASBIFIE), who supported Access Bank’s management action.

“Since January 30, we have been protesting quietly without anybody listening to us. That is why we say we should come here today and demonstrate, and maybe if we block the entrance of the bank, and disrupt their operations, they would listen to us,’ he said.