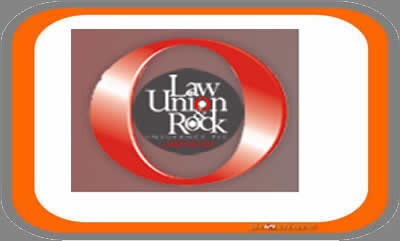 Law & Union wants to be among the top five in Nigeria

Setting itself the ambitious target of becoming one of the five top insurance companies in Nigeria, the  consortium of Alternative Capital Partners (ACAP) and Swede Control Intertek Limited has acquired one of Nigeria’s first generation insurance companies, Law Union and Rock Insurance Plc.

Law Union & Rock Insurance Plc is a fully owned Nigerian company quoted in the Nigerian Stock Exchange with capital base in excess of the N3 billion required by the Central Bank of Nigeroa and recertified by the National Insurance Commission (NAICOM) to continue operation as a General Insurance Business Underwriter.

It commenced operations in Nigeria in 1951 as çhief agency during the late Sir Mobolaji Bank-Anthony era as Attorney for Royal International Insurance Holding, a U.K leading Insurance Company.

The acquisition of Law Union & Rock Insurance is the first ever by a local fund manager from a divesting commercial bank since the commencement of the ongoing reform of the country’s banking sector.

Insurance industry regulator, National Insurance Commission (NAICOM), said at the weekend that the consortium emerged the major shareholder in Law Union & Rock Insurance Plc. having acquired 60 per cent controlling shares of the company.

Though the value of the equity acquisition was not immediately available, Premium Times gathered that ACAP and Swede Control made a substantial payment for the Skye Bank interest in the insurance company following its emergence as the preferred bidder for the bank’s interest in the ïnsurance firm.

A senior official of the consortium who spoke on condition of anonymity said the deal with  Law Union & Rock was sealed last week adding that “a management team with demonstrable track record of performance has been put together by the new core investor to work with external consultants to unlock value in the company.”

According to the official, the new core investor would be bringing a strong backgound of understanding of the insurance sector, with an agenda to  transform the insurance company into one of the top five by 2015.

Law Union and Rock Insurance Company is currently ranked amongst the top 10 in the insurance industry gross insurance premium.

Committees in opposition By Uddin Ifeanyi