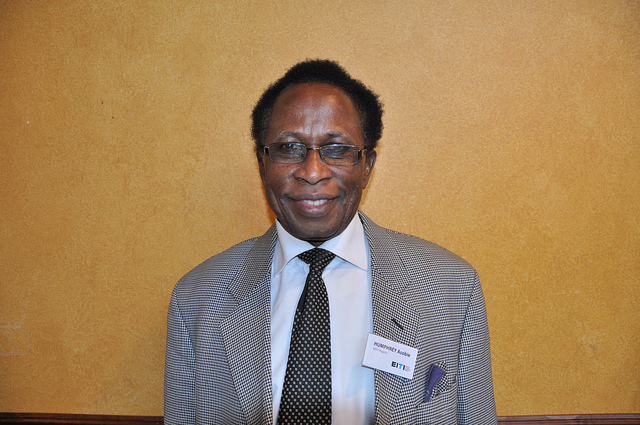 The immediate past Chairman, Nigeria Extractive Industries Transparency Initiative (NEITI), Assisi Asobie, has taken a swipe at the Federal Government for paying lip service to the quest for transparency and accountability, saying “the gap between rhetoric and practice is gargantuan.”
Mr. Asobie, who was speaking on “EITI Implementation and the Federal Government of Nigeria’s Transformation Agenda” at the two-day NEITI national conference in Abuja, said full implementation of the provisions of the NEITI Act 2007 remains the most veritable means of combating corruption in the public service.
“Transparency is not about setting up committees and task forces to verify revenue payments and receipts,” he said.
“It is the actual disclosure of receipts by government and payments by companies based on data from accounts audited to international standards. It is the wide and prompt dissemination and publication of such disclosures for all and sundry to see, examine and utilize to hold government and companies to account.”
Mr. Asobie, whose tenure as the NEITI Board Chairman ended last month, was speaking against the background of spate of ministerial committees and task forces constituted in recent times to verify all petroleum upstream and downstream revenues, including taxes, royalties payable to the Federal Government when action is still pending on the various oil and gas industry audits, including the KPMG report on the Nigeria National Petroleum Corporation (NNPC) and other parastatals in the industry.
For the national transformation agenda to be meaning, the former NEITI boss said, the government must wholly embrace the principles of transparency and accountability in its activities, build trust among the citizens to accept ownership of the agenda, as well as establish structures for implementation of the Extractive industries Transparency Initiative (EITI) principles.
While transparency provides the basis for national transformation, he said trust would prevent corruption as well as enrich the debate for national development by providing the citizens and the legislature to hold government to account in the utilization of natural resource wealth.
He identified transparency and accountability as the key elements of good governance, noting that what is being practiced in both the public and private sectors of the economy today is bad governance, which has been blamed for the country’s under-development as a result of the mismanagement of resources through corruption, waste and economic crimes.
Other elements of good government, Mr. Asobie pointed out, include openness, fairness and equity in dealing with citizens; efficiency and effective service provision; clear and transparent laws and regulations; consistent and coherent policy formulation; respect for the rule of law, and high standard of ethical behavior.
“Transparency is what you do first and foremost to yourself, by yourself, for the benefit of the public”, he said. “In the context of the EITI, it is disclosing honestly what you produce and earn, or what you pump and pay, what you allocate, disburse and spend. It is putting information and data freely in the public domain about you and your activities and operations.”
He identified NEITI as a powerful tool for transformation, saying under his leadership the agency, mandated to promote transparency and accountability in the extractive industries, through its work, generated  an in depth critique of the governance process in the oil and gas industry and provide practical solutions on how to remedy the deficiencies.
Debunking the notion of NEITI as a toothless bulldog, Mr. Asobie said if the Federal Government showed sufficient political will to enforce the powers conferred on the agency under the provisions of the enabling Act, to demand for and obtain information as well as data on the operations of the extractive industries, corruption would be eliminated.
He rated NEITI a success story in eight years of its existence, saying that through its activities, Nigeria’s status among EITI implementing countries has grown from an unclassified implementing country between 2004 and 2006; candidate country in 2007; candidate country close to compliance in 2010, and EITI compliant country in 2011 for the next five years.