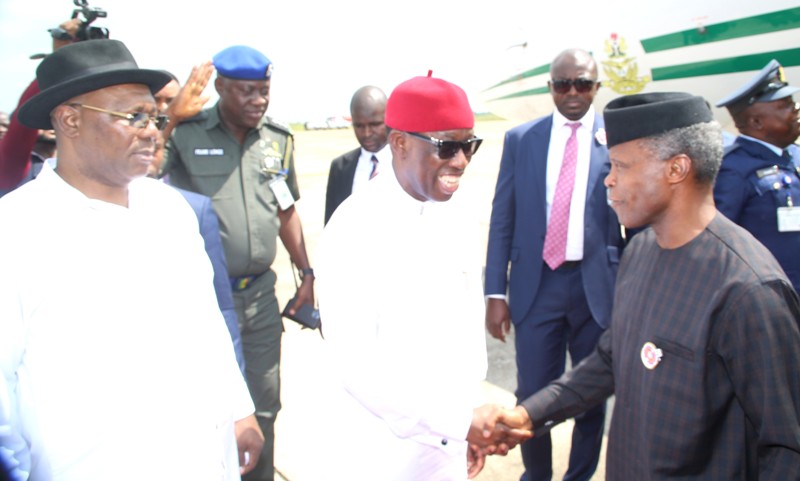 Vice President Yemi Osinbajo and Delta Governor, Ifeanyi Okowa, on Thursday said Micro, Small and Medium Scale Enterprises (MSMEs) were the fastest ways of growing the economies of states and the nation.

They made their positions known in Asaba at the 25th edition of MSMEs Clinic organised by the Delta State Government in collaboration with the Office of the Vice President.

Mr Osinbajo commended Mr Okowa’s administration for its commitment to growing MSMEs, noting that effort of the state government was in line with President Muhammadu Buhari’s resolve to make businesses work in Nigeria.

“The federal government is determined to create a Nigeria where small businesses are nurtured and encouraged to thrive and prosper.

“If every small business in Nigeria add just one more employee, the gap that single action will fill in our unemployment figures will be much larger than if one single conglomerate were to employ 10,000 people.

“So, we really believe that the MSMEs are the engine of growth in our country and we are, therefore, fully committed to ensuring that as a government, we will remove all the obstacles that are standing in the way of the MSMEs so that they can have the opportunity to thrive and grow,” he said.

Mr Osinbajo added that efforts were on to ensure a single-digit interest rate for MSMEs, emphasising that the clinic afforded the MSME operators the opportunity to present their challenges to relevant government agencies.

Mr Okowa had in an address, said “MSMEs have been globally recognised as engines of rapid economic growth, wealth creation, employment generation and social inclusion.

“They are also known as incubators of innovation while providing opportunities for increased participation of women in the economy.

“Defined as enterprises with less than 10 employed persons and an annual turnover of less than N20 million, MSMEs are more feasible and attractive to the mass of people seeking entrepreneurship, self-employment, livelihood incomes and economic participation.”

He commended the vice president for supporting things that had to do with Delta, adding that his administration would always identify with any programme or concept that focused on nurturing, supporting and promoting the growth of MSMEs.

The governor said that across the state, there were testimonies of successful small businesses and life-changing testimonies by those who were trained, established and mentored under STEP, YAGEP schemes of the government and from its vocational training centres.

High point of the event was the inspection of YAGEP Cluster farms at Ibusa by the vice president, who had earlier on arrival at the Event Centre, Asaba, venue of the clinic, inspected products of different entrepreneurial programmes of the state government.