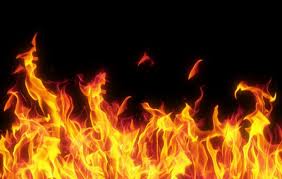 Chevron Corporation, the mother company of Chevron Nigeria Limited (CNL) said two contractors were still missing at the end of an extensive search and rescue effort in the wake of fire incident that occurred in the early hours of Monday aboard its jack-up oil drilling rig offshore Nigeria.

CNL) is the operator of the Nigerian National Petroleum Corporation/Chevron joint venture,

Of the number of workers who on the rig and an associated barge, 152 evacuated were safely taken onshore where they are receiving medical examinations, with two still being given treatment in the hospital for minor burns, while others are being held for further observation.

The rig, K.S. Endeavor, operated by a contracting firm, FODE Drilling Nigeria Limited, was drilling a natural gas exploration well for CNL in its Funiwa Oil Field within Oil Mining Lease (OML) 86 located approximately 10 kilometers offshore in water depths of about 40 feet when the incident occurred.

So far, the company said effort to put out the fire, which is suspected to have broke out possibly as a result of the failure of surface equipment during drilling operations that led to a loss of well control, have failed, as the well continues to burn, while the rig has partially collapsed.

Though the company said it could estimate how long it would take to put out the fire, it said it has already taken precautionary measures by shutting production from CNL’s North Apoi oil platform, which produces an estimated 2,000 barrels per day (bpd), to avoid the fire affecting it, since it is situated in close proximity to the burning rig.

A new contractor, Transocean rig Baltic, has already been mobilized to the location to commence the drilling of a relief well, though Chevron is uncertain about the time the company would require to complete it.

Additional drilling experts and well control specialists are being deployed by CNL’s parent corporation to Nigeria to assist with well control efforts and the relief drilling process.

“While Chevron’s highest priority remains the rescue of the missing contractors, the company continues to devote the necessary resources to resolve the rig incident in a responsible and timely manner,” the company said, adding that it had already reported the incident to the relevant Nigerian industry authorities, while a full investigation is underway.

Following the incident, the company says it is continuing the evaluation of a small oil sheen estimated at about 13 barrels that has become visible in close proximity to the well, which suggest a minor oil spill may have occurred.

Government to subsidise petrol at N46 per litre