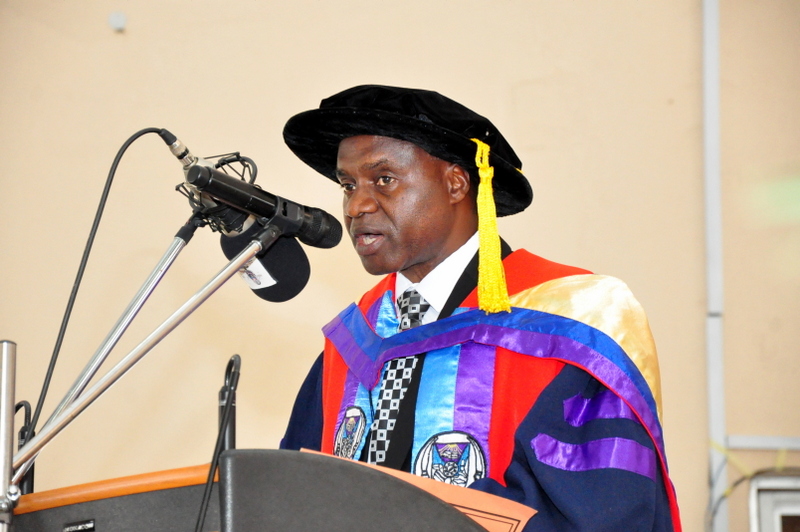 Eco-friendly alternatives must be developed and used in insect and pest management. This is to minimize the harmful effects of synthetic insecticides as indiscriminate use of pesticides in agriculture; animal husbandry and post-harvest technology have a negative impact on the natural water system, public health and the well-being of mankind.

Professor Olufemi Ashamo stated this while delivering the 104th Inaugural lecture of the Federal University of Technology, Akure, with the title “Man’s Weapons of Warfare against the Hexapods.”

Mr Ashamo, a Professor of Storage Entomology, said despite the dramatic successes recorded in the control of insect pests using synthetic insecticides, it has a lot of shortcomings such as high mammalian toxicity, adverse effects on non-target organisms, pest resistance and pronounced effects on aquatic life. All these, according to him, have dire consequences for man and the environment.

He said insects or hexapods have influenced human existence since the very beginning and are beneficial to man as major predators of plant eaters, the decay of organic matter, pollination, and food for man and useful in medicine.

However, they can have a harmful impact on man as they are also the chief consumers of plants, attack crops on the fields and in the store and are carriers and vectors of diseases to man and his livestock.

The professor stated that insects are capable of causing massive economic damage hence the need to suppress their population by integrating several tactics and appropriate measures that are less harmful to man and the environment. He highlighted the means of exterminating insects to include physical removal, dehydration, use of temperature, biological control, cultural control and chemical control.

Mr Ashamo disclosed that with advances in biotechnology, it is possible to solve the most difficult pest problems. According to him, one major use of biotechnology is in the development of improved insect resistant plants, adding that long before the advent of synthetic insecticides, plant parts i.e. leaves, fruits seeds, roots etc. have been used to protect agricultural crops and stored products from attack by insects and non-insect pests.

The lecturer said unlike synthetic insecticides that kill both pests and non-target organisms, natural insecticides which include powders made from seeds, flowers, leaves, shoots, barks and roots of local medicinal plants have been demonstrated to be effective against pests of field and stored crops and also insects of medical and veterinary importance.

He advocated the deliberate cultivation of medicinal plants in plantations as it has been established that many of the medicinal plants used for treating diseases of humans have effective agents for control of insects. He also stated that agencies or bodies concerned with the management and control of insect pests and household insects should come under the umbrella of the Entomological Society of Nigeria (ESN) for proper coordination.

This he said will enable government consult and patronize Nigerian scientists for solutions to the nation’s problems instead of seeking the assistance of foreign experts.

In his remarks, the Chairman of the occasion and Vice Chancellor, Joseph Fuwape, commended the lecturer on the dexterity and excellent delivery of the lecture.

Mr Fuwape, a professor, described Mr Ashamo, FUTA’s current Director of Academic Planning, as a scholar par excellence and an astute administrator who has served the university meritoriously in many academic and administrative capacities.