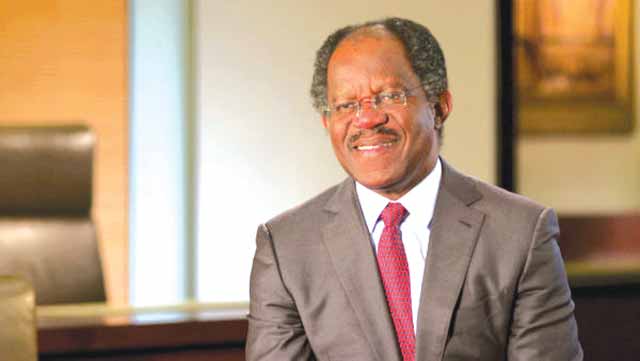 PROFILE: What to know about Nigerian investor whose firm World Bank president joined after resigning

The president of the World Bank, Jim Kim, on Monday, resigned his appointment, effective February 1.

A World Bank press release dated January 7 said Mr Kim announced that, “immediately after his departure, he will join a firm and focus on increasing infrastructure investments in developing countries. The details of this new position will be announced shortly.

“In addition to working on infrastructure investments, Kim announced that he will also be re-joining the board of Partners In Health (PIH), an organization he co-founded more than 30 years ago.

“I look forward to working once again with my longtime friends and colleagues at PIH on a range of issues in global health and education. I will also continue my engagement with Brown University as a trustee of the Corporation and look forward to serving as a Senior Fellow at Brown’s Watson Institute for International and Public Affairs,” the statement highlighted.

GIP focuses on projects in the energy, transport, water and waste industries, with investments in developed and select emerging countries.

But who is Mr Ogunlesi?

A Nigerian-born investor, Mr Ogunlesi, acts as chairman and partner at the firm. He also has majority stake in London Gatwick airport.

Born Adebayo Ogunlesi in 1953, the investment guru is the son of Theophilus Ogunlesi of Makun, Sagamu, Ogun state. According to his Wikipedia page, his father is the first Nigerian professor of medicine.

The businessman also served as a law clerk to Associate Justice Thurgood Marshall of the United States Supreme Court, in the early 1980s.

In 1983, he joined the investment bank First Boston as an advisor on a Nigerian gas project and worked in the Project Finance Group, advising clients on transactions and financings and has worked on transactions in North and South America, the Caribbean, Europe, the Middle East, Africa and Asia.

“The Man who bought Gatwick Airport”

GIP bought London City Airport in 2006 and by 2009, it acquired the majority in London Gatwick Airport, in a deal worth £1.455 billion.

In the past, Mr Ogunlesi has served as informal adviser to Nigerian leaders, notably former president, Olusegun Obasanjo.

In 2016, United States’ president, Donald Trump, appointed Mr Ogunlesi and others as advisers.

Mr Trump picked him to join other chief executives in an advisory council. Other members of the advisory council were Stephen Schwarzman, chairman and co-founder of Blackstone; Paul Atkins, CEO, Patomak Global Partners, LLC, former commissioner of the Securities and Exchange Commission; Mary Barra, chairman and CEO, General Motors; Toby Cosgrove, CEO, Cleveland Clinic; among other investment and economic experts.

But in August 2017, Mr Trump dissolved the councils. “Rather than putting pressure on the business people of the manufacturing council and strategy and policy forum, I am ending both. Thank you all!” Mr Trump said in a tweet announcing the dissolution.

On Tuesday, Mr Ogunlesi welcomed Mr Kim into GIP as vice chair. “The leadership and vision that Dr. Kim brought to the World Bank as well as his prior roles as president of Dartmouth College and director of the World Health Organization’s HIV/AIDS department speak for themselves,” he said in a statement announcing the appointment.

Taiwanese premier to resign on Friday