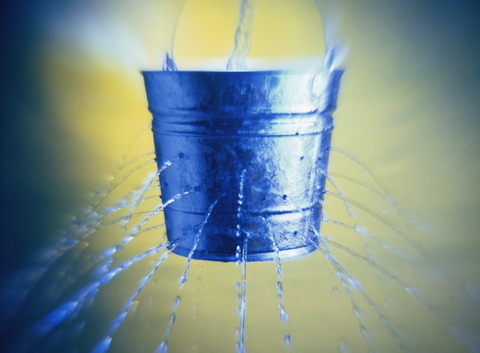 How African banks are losing their hold on the payment space

Traditional banks are poised to lose as much as 50% of their ownership of the payment space by the end of 2016.

Their hold on the space began plummeting in 2014 from 100% to 75%, and will continue to fall in the coming year. And, according to CEO of mobile banking innovator WIZZIT International, Brian Richardson, they are not losing to expected players.

Bankers seem to think that by adding internet banking functionality to a mobile device, they’re becoming competitive. Not so, says Richardson. He goes on to explain that banks are, in fact, being disintermediated by consumers, who are choosing to transact with start-ups who’ve quickly adopted mobile-friendly payment processors.

PayPal, as an example, is now the number one payment method in many countries. This is not just banking functionality on mobile – it’s a new way of paying.

“Banks are losing their grip on daily customer interaction – customers are doing more and buying more without them and this has never been more obvious than in mobile banking transactions,” says Mr. Richardson.

According to a recent article in the Harvard Business Review, the risk for banks is that new competitors could consign them to a limited role as back-office utilities, while non-banks become the new face of customers’ financial lives. Banks, it seems, must learn to play a greater role not just at the moment of financial transactions, but before and after as well.

The fall of the bank card

Mr. Richardson suspects banks are hesitant to embrace mobile payment transactions because it could cannibalise their margins on card transactions.

“African banks can’t maintain the model they’ve relied on in the past – relying on fees from card transactions – because this doesn’t match the intrinsic behaviour of the new market they’re hoping to serve,” explains Richardson. “A card and branch or even an e-commerce model only works in countries where the majority of the population has a bank card and a bank account. This just isn’t the reality in Africa.”

In Mr. Richardson’s view, African banks need to decide whether they’re going to position themselves as serious players in the payment space, or let third parties take the wheel. They can quickly adopt and implement a mobile payment processing model, or decide to gracefully exclude themselves from the mobile money market altogether and let non-traditional players like Google, Amazon and Starbucks take over. The latter would clearly be a major missed opportunity.

The benefit for African banks in eradicating cash transactions as much as possible is also notable. “It’s simple: African banks can’t capitalise off transactions made in cash – and cash payments are predominant across Africa,” says Richardson. “They can, however, offer mobile payment processing for free, and make money from other products and services that go hand-in-hand with an accessible and available mobile banking platform.”

By 2019, it’s estimated that 1.9 billion people will use in-store mobile transactions to pay for purchases. Yet, in Richardson’s experience, only 60% of African banks have been willing to increase their spending on mobile payment technology.

So what are banks waiting for? This is hard to understand, considering non-traditional players are swiftly redefining an entire industry, using digital technologies to deliver new and better ways of meeting the needs of the African market.

“It’s now possible to introduce a cloud-hosted, scalable and adaptable mobile banking solution within a matter of weeks, if African banks can find the right partner. The market is ready and waiting – phones in hand – so now’s the time to do it,” concludes Richardson.