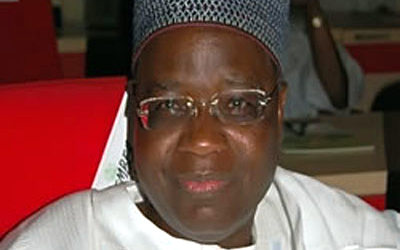 The Northern Nigeria Development Company (NNDC), owned by the 19 northern states, is set to establish a strong and viable bank, the chairman of its board, Bashir Dalhatu, has announced.

The chairman, who disclosed this during a visit to the governor of Kano state, Abdullahi Ganduje, in Kano, on Wednesday, explained that the 19 northern states governors had already given approval to the company to actualize the plan.

He said the company had already approached several northern businessmen on the matter with a view to establishing what he described as “a very viable and strong Northern bank”, since the nine banks hitherto owned by some northern states were no more.

A statement by Mr. Ganduje’s spokesperson, Salihu Yakasai, quoted the chairman as saying the NNDC was also vigorously pursuing the search for oil and gas in the Lake Chad Basin and the Niger-Benue trough, pointing out that a British company had already been engaged to assist the company towards realization of the ambition.

Mr. Bashir also announced plans to establish an Agricultural Commodity Board, to guarantee market, quality and more farm produce in states in the region as well as the establishment of a multi-faceted Agricultural Industrial Park that would assist in fast-tracking economic productivity.

The chairman, who restated the commitment of the NNDC to establish a strong foundation for Northern Nigeria to be self sufficient in food production, financial services and other sectors, thanked the government of Kano state, under Dr. Ganduje, for its unrelenting support, being the largest shareholder in the company.

In his remarks, Governor Ganduje lamented that the region, which used to be the nucleus of economic activities in the country, had declined significantly due to dependence on oil.

He said governors of the Northern states had resolved to step up collective political will to put the region ahead of others in terms of socio-economic growth.

Governor Ganduje said governors from the region werr also determined to improve agriculture, consistent with the Federal government’s resolve to transform the sector.

He, therefore, described the Commodity Marketing agency floated by the NNDC as a step in the right direction, pointing out Kano state was already taking the lead to revamp the production of rice and wheat.