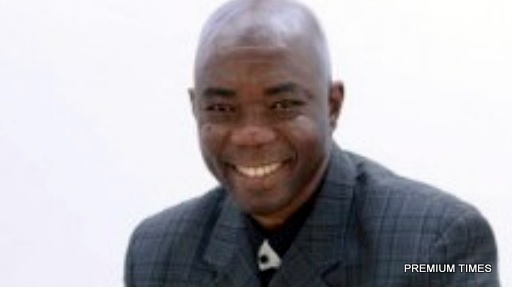 INTERVIEW: Security challenges should draw Nigeria, Cameroon together in trade

Wednesday’s visit of the Cameroonian president, Paul Biya, to Nigeria, opened another chapter in the two countries’ relations. During the visit, Mr. Biya and his Nigerian counterpart, Muhammadu Buhari, signed a new trade agreement for bilateral cooperation between Nigeria and Cameroon on several issues to promote their mutual interests, particularly on security, agriculture, immigration as well as conservation of the Benue River.

At the end of the visit, the chief executive of African Trade Group and author of “Unleashed: A new paradigm of African Trade with the world,” John Akhile Snr., spoke with PREMIUM TIMES from his base in Wisconsin, United States on the significance of the trade agreement, particularly the opportunity it would avail Nigerians to expand regional market between the two countries. Excerpts:

PT: Aside talks on security, agriculture and immigration, are Nigeria and Cameroon on strong enough ground to cement trade ties, particularly at this time when both countries are facing sub-regional security challenge?

AKHILE: The question to ask is: Can the private and public sectors of both countries take advantage of synergistic opportunities to create investments that would enhance the economic foundation and diversify sources of income for both countries?

The population of Nigeria and Cameroon are 170+ million and 21+ million respectively. The bilateral trade agreement has created labour and consumer markets of nearly 200 million people. Yes, both countries can benefit significantly from closer trade relations anchored by open markets and freer movement of goods and people between them.

PT: As an African trade expert, what are the possibilities both countries can offer each other in terms of a mutually beneficial trade alliance?

AKHILE: Nigeria is a regional economic super power. The country is also a rising manufacturing hub, and currently exports auto parts, household products, textiles, cosmetics, etc., to Cameroon. On the other hand, Cameroon’s exports to Nigeria are mainly rubber, cotton and foodstuffs, which fall under the non-petroleum products category.

Nigeria is the second largest exporter to Cameroon, after China. Much remains to be done to amplify the opportunities available to both countries. There are two key areas that will benefit both countries in the short-term.

One, heavy industries, where Cameroonians and Nigerians can jointly exploit the availability of raw materials in both countries to develop basic industries, and two, joint ventures in petroleum industry to convert raw materials into finished goods for export.

One of the areas that is least emphasized in trade relations with African countries is the combination of public and private sector joint ventures that produce intermediate goods—chemicals, metallurgy, petrochemicals, etc.

The sky is literally the limit for how much Nigeria, Cameroon and other African countries can do if they concentrate on synergistic ties in areas of their comparative advantage.

PT: Can trade alliances between African countries ever survive in the midst of economic challenges and terrorism issues?

AKHILE: Trade draws countries closer in all spheres, including politics and defence. The agreement between our two countries is a no-brainer. It builds on a long cultural history of the border regions of both countries and also the proximity of the nations.

By removing barriers to free movement of goods and people, you formalize an already existing cross border trade and increase such activities.

In addition, the formal sector has more opportunities to create linkages and joint venture opportunities in construction, merchandising, conversion industries and services. Cameroonians will get access to a much larger market, and Nigerians will also expand market opportunities.

PT: Will the long standing controversy regarding border markets for both countries create a problem for this trade agreement?

AKHILE: If the controversy was not addressed conclusively, then the discussions would have missed an opportunity. The purpose of such agreements is, first, to formalize trade opportunities and to reach an accommodation on pending trade related issues.

Part of the challenge is the arbitrary borders created between the two countries during their struggles for independence. It is not only a matter of borders, but also cultural affinities.

A permanent settlement has to affect parties at the table. By having the key people at the table, it is possible to engineer a long-term settlement where the parties reach agreement on some things and compromise on others.

In the bilateral trade agreements, issues like festering cross border hostilities due to competing claims of territorial rights and sovereignty are usually, albeit not universally, handled as part of the overall agreement.

PT: Nigeria and Cameroon have shared economic interactions since the pre-colonial period. So, what is new with this recent trade agreement between the presidents of both countries?

AKHILE: It is a new era. African countries are weaning themselves from the shackles of neo-colonial influence and pressure. It is less important to trade with the colonial power that colonized African countries than to seek trade alliances that make sense.

Trade between Cameroon and Nigeria makes much more sense than trade between both countries and their former colonial governments.

There is greater understanding of the importance of economic synergies from trade and flexible borders. The European Union, EU has shown the way and Asian nations are following the trend successfully.

North American Free Trade agreement and the recent Asian trade agreement with the United States are indications of global recognition that trade between nations is vital for sustainable economic development. If trade is vital to nations, trade between neighbour-states is of paramount importance.

PT:  In our current economic climate, the people should come first. Should Nigerians and Cameroonians hope to benefit directly from this trade agreement?

AKHILE: People of both countries have a direct stake in the outcome of not just the agreement, but its implementation. After all, the governments of both countries signed it on behalf of their citizens. At the heart of a trade agreement between nations is the desire to increase prosperity for the people of the nations involved.

Trade agreements are supposed to create an atmosphere that enables business to flourish. If that happens, the people of both countries are in line to benefit from the jobs that the businesses would create.

In addition, entrepreneurs in both countries, especially in the border regions would have new opportunities to market their products and services to consumers that did not have before the agreement.

PREMIUM TIMES:  Thank you for your time.