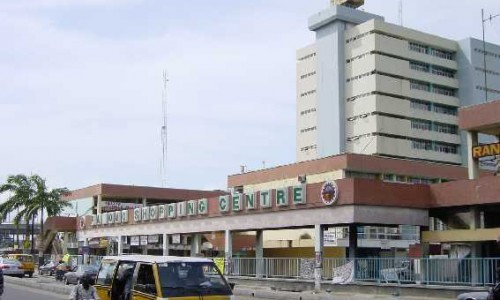 Afriland Properties Plc, the company in charge of the redevelopment of the Falomo Shopping Plaza, on Thursday denied the claim by the Lagos State government that it paid N50 million for a 50-year concession of the property.

In a statement signed by Habib Haruna, the chief press secretary to the Governor Akinwunmi Ambode on Wednesday, the government announced it is terminating the contract because it was “grossly detrimental to the interests of the people of the state”.

“State Government as custodian of the interests of Lagosians is committed to the restructuring of the LSDPC to ensure it begins to provide positive capital returns to the State Government for the ultimate benefit of the people,” the statement read.

However, in a statement by the managing director of Afriland, Uzo Oshogwe, the company said it did not commit any misconduct contrary to the claim of the state government.

It further stated that the N50 million was not for the concession of the property but “for an expression of interest in the redevelopment project”.

It stated that it set up a Special Purpose Vehicle (SPV) in conjunction with the Lagos State Lagos State Development Property Corporation (LSDPC), on behalf of the state government to manage the development of the property.

“Under the terms of the agreement, the SPV- Falomo Shopping Centre Development Company Ltd – was granted a concession to, amongst other things, develop, build, operate and maintain the Project on a Build, Operate and Transfer (BOT) basis.
“Afriland paid N50m (fifty million naira) to LSDPC as an expression of interest in the redevelopment project.

“The LSPDC will receive a 35% interest in the SPV for its land contribution and through this significant Equity Holding, will continue to receive significant ongoing value,”

Afriland also said it planned to spend N30 billion for the development of the project.

“Afriland has consistently adhered to the terms of its agreement with LSDPC, as outlined in the Memorandum of Understanding (MoU) and Joint Venture Agreement that were signed and executed by the aforementioned parties.

“Furthermore, all value to be derived from the creation of this world-class commercial venture will be held in, and enjoyed by Lagos State and its residents. The development will ultimately revert to the state upon expiration of the lease.”