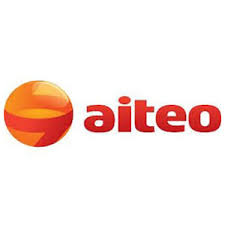 With barely three months of its involvement in the offshore processing agreement contract with the Nigerian National Petroleum Corporation, Aiteo Eastern E&P Company Limited says it has discharged its obligations creditably.

The company was accused of exploiting its alleged close relationship with the outgoing President, Goodluck Jonathan, and his petroleum resources Minister, Diezani Alison-Madueke, to indulge in “unfair business through the OPA”​.​

The OPAs are arrangement through which oil traders lift crude and deliver oil products and cash back to NNPC through strategic alliance agreements.

However, in a rebuttal, Aiteo’s communications consultant, Ebelo Goodluck, who described the OPA as a more cost-effective option to the previous regime of crude swaps that the country relied on for petroleum product suppliers, rejected
​the ​reports linking the company with any breach in its contractual obligations.

“The company was selected based on its capacity and ability to perform,” Mr. Goodluck said. “The terms of this contract are clear, and Aiteo has not breached any obligation in the OPA.”

He added that at the end of a reconciliation meeting with the NNPC, the company was declared up to date in its contractual performance.

Aiteo, he said, is a legitimate business, that has recently grown its workforce from 400 to 2,000 to enable it effectively manage oil mining lease (OML) 29. He said the company hopes to substantially raise the number further soon.

To finance its asset acquisition and operations, Mr. Goodluck said Aiteo raised facilities from a consortium of banks, including Citibank, First Bank, Zenith and Union Bank, which subjected the company to corporate governance and due diligence tests.

He said Detail Commercial Solicitors of England also conducted the due diligence on Aiteo, while the legal agreements were prepared by legal firm of Aluko and Oyebode.

“The allegations of fronting for anyone are baseless,” he said, adding that any report to that effect was slanted to taint Aiteo with odium in a moment of transition.

“Aiteo will be taking necessary legal action to contest this unnecessary campaign of calumny against a legitimate business”, Mr. Goodluck said.

How we won in Port Harcourt ​ — Enyimba ​C​oach