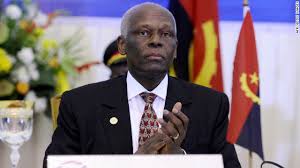 Angola will end petrol subsidies and increase the price of other fuels, its finance ministry said on Thursday.

A statement by the ministry said the drop was due to plunge in global oil prices which has hammered the finances of Africa’s second largest crude exporter.

The statement added that the changes would come into effect on Sept. 30.

In February, Angola slashed spending in its 2015 budget, widened its fiscal deficit projections and said it would sharply increase borrowing.

Angola imports most of its fuel due to insufficient refining capacity and it spent around four per cent of its 2013 budget on fuel subsidies, according to the country’s Control Risks.

“Gasoline now joins the free price system, ending the burden on the state of the cost of subsidies,” the statement said.

“The ongoing effort to adopt realistic prices will help strengthen social programmes and reduce inequality, since subsidies benefit the most favoured groups and encourage fuel smuggling to neighbouring countries.”

State-oil company, Sonangol, will now determine the price of petrol, the finance ministry said.
Angola increased the price of gasoline last September by 25 per cent.

Falana drags Burundi to African Commission over killing of protesters