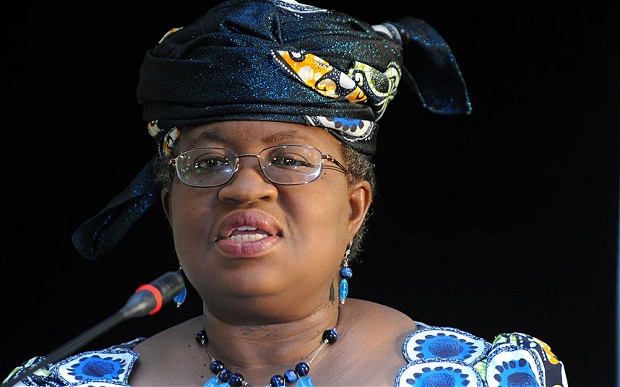 In the face of dwindling oil revenues, Minister of Finance, Ngozi Okonjo-Iweala, said the Federal Government has borrowed about N473billion to pay salaries and fund the 2015 budget.

The Minister, who was speaking in Abuja on the details of the N4.493trillion appropriation already passed by the National Assembly, said the federal government had to raise its borrowing level from N570 billion to N882 billion to enable it meet its financial obligations to workers and contractors.

The minister blamed it on the decline in oil revenue in late 2014, which accounted for 50 per cent cut in the total federally collectible revenue as well as the low revenue receipts from non-oil sources.

Despite past efforts to reduce government borrowing level, she said the acute cash flow problems forced government to take the decision to curb the negative impact of revenue crunch.

The Minister said about N380billion came from external sources, while the balance is for domestic borrowing.

“We have tried to work within the budget,” she said. “Last year, the borrowing came down to about N570 billion. But, this year, because of the very difficult cash flow situation, we have provided N882billion in borrowing.

“About N380billion of that is external borrowing and the balance of N502 billion is for domestic borrowing. All we have borrowed so far is N473billion, which is within the budget.”

Although President Goodluck Jonathan is yet to sign the 2015 Appropriation Bill into law, Mrs. Okonjo-Iweala said the expenditure so far made was legal, as the constitution authorises the government to incur such expenses within the first six months of a fiscal year.

She said the final budget of N4.493tillion approved by the National Assembly was higher by N51billion than the N4.425trillion draft Appropriation submitted by the President last year.

The minister added that gross federally collectible revenue increased by N169.84bn, from N9.61tn to N9.78tn as a direct result of raising the benchmark price.

Meanwhile, the Minister on Wednesday denied that Federal workers were owed salaries, saying workers’ salaries have been up to date till April.

The spokesperson to the Minister, Paul Nwabuikwu, said the difficulty in salary payment was being orchestrated by some governors, who are trying to blame the Federal for their predicament.

“The 50 per cent drop in revenues, which affects allocations through the Federation Accounts, simply means that salaries should be prioritized”, Mr. Nwabuikwu explained.