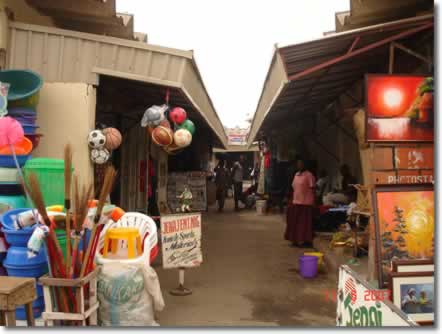 Traders at the ongoing 36th Kaduna International Trade Fair on Sunday decried the low turnout of customers at the fair, describing the situation as “discouraging.”

The News Agency of Nigeria reports that the Trade and Investment Centre, venue of the fair, has not been witnessing much customers, three days after the commencement of the event.

The fair which has as its theme: “Promoting Domestic Production for National Sustainable Economic Development’ will run until May 3.

Some of the traders complained that the fair had so far been devoid of the usual hustles and bustles.

Most of the pavilions at the fair were still under lock and key with only few participants displaying their products.

John Emmanuel, a dealer in toys, said he was not impressed by the turnout of people at the fair.

According to Mr. Emmanuel, last year’s patronage was better, even with the security challenges experience in the state.

“I hope and pray that more people will come before the end of the fair since it has just started,” he said.

Another trader, Sani Mai-Atamfa, attributed the low turnout to lack of awareness.

Mr. Mai-Atamfa said that the rescheduling of the fair from its usual time may be a contributing factor to the low patronage.

Grace John, a trader, also expressed dismay at the poor turnout, saying that it was most unusual.

“The weekend is when we usually record good patronage from people, but you can see how the place is now, it is not encouraging at all,’’ Ms. John said.