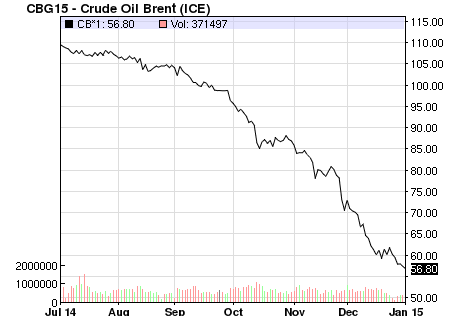 Brent oil futures rose more than a dollar to above $58 a barrel on Thursday as the dollar weakened and Iraqi security forces battled Islamic State fighters in Tikrit.

West Texas Intermediate CLc1 climbed 28 cents to $48.45 a barrel, after closing the previous session down 12 cents.

The April contracts for Brent and WTI expire next week.

The dollar was down 0.83 per cent against a basket of currencies, making dollar-traded commodities such as crude oil more attractive to holders of other currencies.

We must kill corruption – Buhari