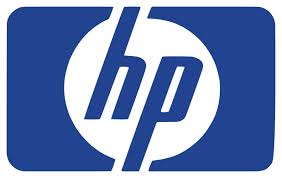 “As many as one in ten IT products sold globally may be counterfeit.”

Businesses around the world are said to lose in excess of about $550 billion every year due to illicit practices like counterfeiting and piracy, Hewlett Packard, HP, says.

HP, one of the world’s largest IT companies, said more than $100 billion of the losses were specifically from the Information Technology industry.

To curtail the huge losses, particularly in the Nigerian business environment, HP Nigeria, one of the largest IT companies in the country, said it has made huge investments over the years.

Describing Nigeria as a leading nation in the protection of Intellectual Property in Africa, Managing Director, Hewlett-Packard Nigeria Limited, Ime Umo, said on Monday that part of the company’s investments include an anti-counterfeit conference it is to host in Abuja on Wednesday, August 6.

Mr. Umo said the event would focus on efforts to combat illicit counterfeit practices, increase awareness on the problem and share best practices amongst officials of government Ministries, Departments and agencies, MDAs, law enforcement agencies as well as millions of HP partners, customers and other stakeholders.

According to Mr. Umo, participants at the one-day summit would include the Interpol, Nigerian Customs Services, NCS, and officials from the Anti-Counterfeit Collaboration, ACC Nigeria and over 100 representatives of other IT brand holders.

“As many as one in ten IT products sold globally may be counterfeit,” Mr. Umo said in a statement. “Indeed, counterfeiting has increasingly become a more organized, trans-border, and sophisticated criminal activity on a global scale, where operations take place in virtually every region and economy.”

He said counterfeit products not only cheat customers out of their money, but also have a very significant economic impact on government revenue, particularly loss of tax revenues, loss of national gross revenue and loss of jobs.