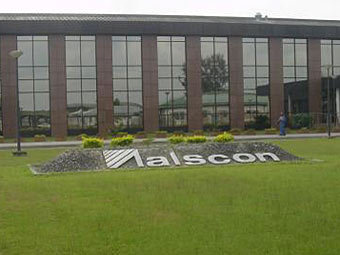 Concerns mount over UC RUSAL’s reins in ALSCON, as BFIG deplores sack of another 100 workers

The Nigerian-American core investor in the Aluminum Smelter Company of Nigeria, ALSCON, in Ikot Abasi, Akwa Ibom State, BFIGroup, has expressed concerns over reports that UC RUSAL, the Russian firm handed the management of the plant since 2006, has sacked over 100 workers of the company.

BFIGroup Executive Vice-President, Public Relations, Frank Schearer, said in Abuja that the company was also extremely disturbed to learn that the Russians have since abandoned the plant in the hands of a pseudo management appointed recently after allegedly running the multi-billion dollar facility aground.

The management of the company is now in the hands of an interim team led by an acting Managing Director, Ime Inyang, who is working with some indigenous officials to oversee skeletal services till further notice.

The appointment of the new management followed the announcement more than three weeks ago by UC RUSAL’s management to shut down normal activities at the plant, which has been struggling to stay afloat.

Mr. Schearer condemned the decision to hand over such a technical plant in the hands of inexperienced personnel, saying the main reason fUC RUSAL sacked all technical staff of the company was to allow it to continue stripping the plant of all sensitive components without resistance.

He said BFIG was concerned that while it was still fighting in court for the enforcement of the Supreme Court order on UC RUSAL to vacate the plant, the Russians were busy perpetrating further illegalities in defiance of the law.

With the level of deterioration of assets at the plant, Mr. Schearer said BFIG believe UC RUSAL’s only interest was to run down the plant to an extent that when the legal crisis was finally resolved it would be difficult to get it easily reactivated.

“UC RUSAL has always blamed the inactivity at the plant under its management on non-supply of gas and lack of finances,” Mr. Schearer said.

“They have always said that the only way to raise money is, if government allows them to sell electricity from the power plant, by hooking up its turbines to the national grid.

He accused UC RUSAL of also pushing to be allowed to sell components of the plant they regard as “scraps” to raise money to pay the workers, noting that no responsible group with the interest of the country at heart would make such concerted efforts to destroy the company like the Russians are allegedly doing.

Alleging that UC RUSAL was using ALSCON as a tool to manipulate the price of aluminium at the international market, Mr. Schearer drew attention to statements by the Russians in publications at the Hong Kong Stock Exchange that they were deliberately killing production at the plant to create the environment to raise the overall prices of the commodity.

He noted that UC RUSAL does not have any plan of supporting the industrial evolution or transformation of the country through ALSCON, pointing out that what the Russians are doing bordered on economic sabotage.

The level of decline in both physical and human resource assets of the company since the Bureau of Public Enterprises, BPE, handed over the plant to UC RUSAL in 2006, he said, has been worrisome.

“BFIG is outraged at the latest information that over 100 workers of ALSCON have again been sacked by UC RUSAL effective Monday, March 17, 2014. We are disturbed by the level of wastefulness and dissipation of human resources at the plant.”

He said when BFIG bidded for ALSCON in 2004, apart from the physical assets, the consortium also considered the human resources, which it said it hoped to rely on to turn the fortunes of the plant around for the economic benefit of the people of Akwa Ibom in particular and the Niger Delta region in general.

Mr. Schearer said the value of the physical assets of ALSCON as at 2006 when UC RUSAL took over its management stood at over $1.1billion, pointing out that based on the certified true copies of the auditor’s financial reports the value of the assets has since deteriorated to only $89 million in 2011.

He said it was frightening that it was not only the physical assets of the company that have been depleted under UC RUSAL, but also the human resources, which declined from about 784 employees in 2004 to less than 174, with the latest sack.

On March 26, 2013, normal operations at the plant were halted by protesting employees and indigenes of the host communities, after about 475 of the workers were sacked by UC RUSAL.

Production was later shut down indefinitely over what UC RUSAL management blamed on “epileptic power and inadequate gas supply situation.”

But in a response to enquiries on the latest development at the plant, UC RUSAL Managing Director, Stanislav Kruglyashov, issued a statement from Moscow, a copy of which was obtained by PREMIUM TIMES, to explain why more workers of the company had to go.

“Due to the ongoing crisis in global aluminium industry, further disruption of gas supply to ALSCON and completion of ALSCON’s connection to the national grid project, the management of the smelter is taking further steps aimed at minimizing losses, while aluminium production at the smelter is suspended,” the statement said.

“At present, RUSAL is facing exceptionally tough market conditions and executing production cuts programme approved by the Board of Directors of RUSAL in 2013, aimed at reduction of costs and minimising losses.

“So far, within the framework of this programme, the company has reduced aluminium production at its less efficient smelters across its territory of operations, including mothballing of smelting operations in five smelters in Russia and Nigeria”.

I didn’t scale the fence, I only jumped over the gate – Nasarawa Attorney-General