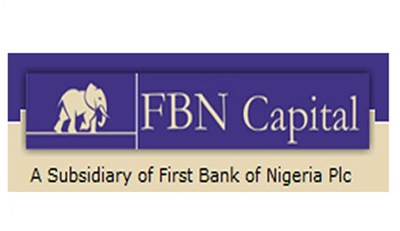 The company is structured under four business groups, Commercial Banking, Investment Banking and Asset Management, Insurance, and other Financial Services,

The result showed that high interest rate environment was sustained as liquidity further tightened. This was due to the increased CRR on public sector deposit from 12 per cent to 50 per cent, withdrawal of an estimated N1 trillion from the banking system reflecting the increase in CRR on public sector, reintroduction of Retail Dutch Auction System to curb round tripping, increase in funding cost, pressure on yields & NIMs, pressure on earnings capacity and interest among others.

The company’s gross earnings grew 11 per cent year-on-year (y-o-y) to N290.8 billion, largely from interest income on loans and advances. There was a y-o-y increase of 11.9 per cent in interest income as well as a 9.4 per cent rise in non-interest revenue.

Growth in interest expense (+58.8 per cent) was reflective of the sustained high interest rate environment, 1 per cent to 3.6 per cent increase in minimum savings deposit rate, and continued intense competition for deposits cost of risk of 1.3 per cent (9 month(MA) 2012: 0.9%; H1 2013: 1.3%) reflective of increase in credit impairment charges from some small and medium sized loans during the period.

Operating expense grew at 5.0 per cent y-o-y and 2.0 per cent quarter-on-quarter (q-o-q). The higher cost-to-income ratio at 62.2 per cent (9M 2012: 60.6%), reflects to a large extent, regulatory induced downward pressure on revenues from higher interest expense as well as lower fees and commissions.

Profit before tax, which closed at N70.1 billion (-7.4 per cent y-o-y), was supported by growth in interest income but muted by higher interest expense, credit impairment charges, and marginal growth in operating expenses.

The Group’s Commercial Banking Nine months 2013 overview revealed a 7.9 per cent y-o-y increase in Gross earnings to N272.7 billion (N252.7 billion: 9M 2012); driven on the back of a 7 per cent increase in interest income. Pre-tax profit of N67.7.8 billion (N75.7 billion: 9M 2012) due to an 11 per cent growth in interest income from loans and advances to customers. Foreign exchange income as well as other operating income grew by 832 per cent and 30 per cent respectively while fees and commission, however, dipped by 22 per cent driven by 14 per cent and 27 per cent reduction in COT and other fees and commissions to N13.6 billion and N13.1 billion respectively.

Cost containment led to positive results as operating expenses decreased by 2.8 per cent y-o-y to N129.2 billion. Deposit and gross loans grew by 17 per cent and 6 per cent y-t-d. 74 per cent of deposits were low cost bucket major sectors with loan growth in the period in oil and gas, power and energy, public sector, general and manufacturing sectors.

The nine months 2013 overview for the Group’s Investment banking and Asset Management Overview revealed strong growth in q-o-q and y-o-y gross earnings and PBT. The primary debt and equity capital markets remained fairly quiet with a modest number of bond and equity issues. Revenues in the market’s business continues to grow as secondary equity and debt markets continue to be fairly active; FBN Securities retained the 5th position (by value) on the NSE’s top 10 stockbrokers league table.

Nine months 2013 overview for the Group’s insurance business showed strong growth recorded in its business volumes, revenue, and profitability due to focus on retail strategy geared towards the mass market with the lowest insurance penetration.

Gross income grew by 51 per cent y-o-y in 9M 2013 to N2.98 billion (H1 2013: N1.72bn, 9M 2012: N1.75bn), driven by increased product offerings and market penetration. Claims of N599 million were paid out during the period under review. Prompt claim settlement remains a major selling point for FBN life. Operating expenses grew by 60 per cent y-o-y attributable to business expansion and marketing costs. Negotiation concluded for the commencement of sale of an embedded mobile insurance product with one of the mobile networks.

The Group said the acquisition of ICB West Africa significantly increased its presence in Africa and presents opportunities for future business expansion.

“The acquisition of ICB in Ghana, Gambia, Guinea, and Sierra Leone, countries is expected to increase First Bank’s total assets by $258 million (1.32 per cent). Ghana being the flagship accounts for 60 per cent of total contribution. This acquisition presents an attractive opportunity for FirstBank to simultaneously enter multiple attractive markets in West Africa under one franchise. The increase in Nigerian businesses requiring support across these countries positions FirstBank to fully service customers’ trade requirements. Low banking penetration and underdeveloped financial systems in most of the target countries provides a viable addressable market for financial services products” FBN Holdings said.

Apo Extrajudicial Killings: How I was lured into Boko Haram, teenager tells NHRC