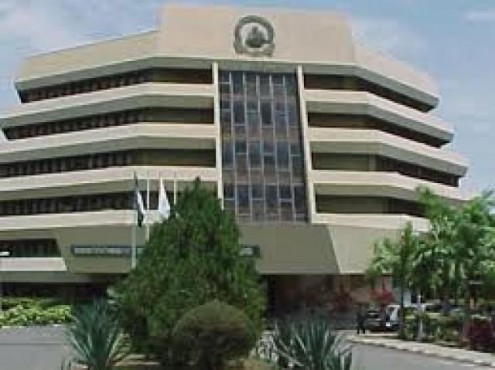 Confusion in NUC over N220 million overpayment to staff

The affected staff have been asked to return the money.

A major blunder by one of the consultants handling the Federal Government’s Integrated Personnel & Payroll Information System, IPPIS, resulted in the overpayment of over N220 million to 213 staff of the National Universities Commission, NUC, in December 2013, PREMIUM TIMES has learnt.

Though a query was issued to the erring consultant from the office of the Accountant General of the Federation, AGF, the blunder has already stirred massive confusion between top management and the affected workers on how to recover and refund the money to government coffers.

Some of the workers who spent part of the money during the last Yuletide festivities now risk being sacked, or their salaries withheld, as the authorities have vowed to take drastic sanctions against those who fail to refund the money.

A top official in the IPPIS office in Abuja, who spoke to PREMIUM TIMES on Monday, said government would have no option than to withhold the salaries of defaulting workers by the close of business on Monday.

The official, who asked that his name be withheld, as he was not authorised to speak officially on the issue, said the consequences of defaulting on the deadline for refund were made clear to NUC top officials during a meeting on Friday at the IPPIS office to discuss how the overpayment would be recovered from the affected workers.

On Friday, some of the affected staffers of the Commission told PREMIUM TIMES how they were paid their salaries and arrears of their promotion benefits, only to be asked to make huge refunds shortly afterwards.

It was not clear how many of the other ranks of the workers were affected, but it was learnt that a total of 213 junior and intermediate workers in the consolidated tertiary institution salary scale, CONTESS, 8 and 9 categories were involved.

PREMIUM TIMES investigations revealed that the workers employed by the Commission between 2009 and 2010, had accumulated entitlements as fresh employees, including the duty tour allowance usually paid to new workers in lieu of accommodation for the first 28 days of resumption of duty.

Recently, the workers, whose appointments were recently confirmed, also got promoted. But, the arrears of their entitlements remained unpaid.

As is the practice in most government ministries, departments and agencies, MDAs, approval was reportedly received last December for the workers’ cumulative entitlements to be settled along with their salaries, to balance the books for the year.

On the eve of Christmas, the affected workers said they received alerts from their various bankers that their accounts had been credited with various payments between N16, 252.50 and N1.34 million each.

With the alert, most of the workers were already looking forward to a rare spending spree, when words went round about an internal memo dated December 23, 2013 from the Director, Finance & Account, DFA, Sam Onazi, to all directors and heads of departments.

The memo, which was copied to the Executive Secretary, Julius Okojie, and his deputy, Akimbode Agbaoye, drew the attention of the directors to a mistake reportedly uncovered at the IPPIS office in the computation of the workers’ December pay.

“In the process of making sure that they were paid their promotion arrears before the year runs out, their gross salaries (instead of the monthly salaries) were erroneously keyed into the computers/IPPIS system and paid to them,” Mr. Onazi said in the memo.

Consequently, the memo asked the directors and heads of departments to “kindly inform the affected staff, NOT to spend the amounts credited to their bank accounts in excess of their normal salaries.”

The memo, which was accompanied with a list of the affected workers and amounts they were expected to refund, also directed them to liaise with the Treasury Division of Department of Finance & Accounts, DFA, for further clarification and action.

PREMIUM TIMES learnt that the “further clarification and action” referred to in the memo was for most of the workers to immediately refund an average of N1 million, totalling about N220.114million to an account supplied by the Treasury Division.

Though some of the workers had complied, several others got suspicious with the directive that the refund be made into the Commission’s Secretariat Staff Loan Account, No. 1012170956 at Zenith Bank with sort code No.057080044.

“If there was nothing fishy about the over-payments, the directive on where to deposit the refund should not have been to the Staff Loans Account accessible to the DFA and top management of the Commission,” one of the affected workers, who asked that his identity be protected, for fear of being victimised, told our reporter.

The staff, who described the directive as strange, said under the IPPIS system, such mistakes, if genuine, were usually redressed with a directive to the affected workers to pay the money directly into a designated account at the Central Bank of Nigeria, CBN, or the deduction effected from source from subsequent salaries.

Apart from the unusual directive on the account to deposit the refund, the workers said they became more suspicious following the enormous pressure, coercion, and threats by management to summarily sack those who refused to comply.

But, the Commission’s Deputy Director, Information & Public Relations, Ibrahim Yakassai, dismissed all insinuations fuelling the workers’ suspicions about the directive by management for them to pay the money into a staff loans account.

“The logic behind the directive was that since the law does not allow individual staff to deal directly with the office of Accountant General of the Federation, OAGF, or the IPPIS office, except through the Commission, the Commission was duty bound to warehouse all the money and pay it in bulk to the AGF,” Mr. Yakassai said.

Mr. Yakassai said the mistake was uncovered following a letter from the Budget Office to indicate that the Commission’s account balance with it was insufficient to pay for December salary.

He said, following the Executive Secretary’s response, it was found out that the consultant in the IPPIS office had wrongly posted gross, instead of the actual monthly salaries, which more than doubled the total figure from N112.707million to N342.910million.

But, an official in IPPIS office, who spoke with our reporter on Monday, faulted Mr. Yakassai, saying anybody who had a refund to make to the government could do so into the consolidated account, AGF-FST-CRF, No. 3000002095 at the CBN and collect a treasury receipt.

In the alternative, the official said, the person can equally instruct his/her bank to transfer the money to the account on his behalf.

Nollywood actors, actresses to look out for in 2014